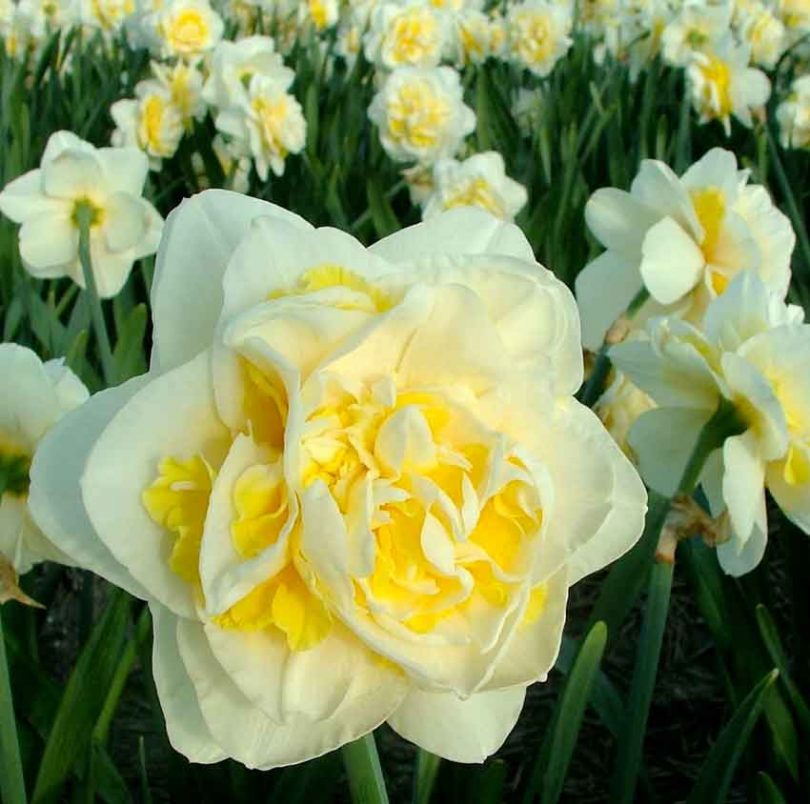 In her authoritative book on gardening with bulbs, Louise Beebe Wilder cautions us to “never reach a state of serene content with one’s knowledge for that is the point where adventure ends and stagnation begins.” Reading Mrs. Wilder’s admonition helped me realize I had grown complacent with the daffodils (Narcissus spp) in my garden.

One fall after planting a half-bushel of a “naturalizing mix” selected by a bulb nursery and adding one species Narcissus, I had daffodils in a variety of forms blooming from January until April. Alongside iconic yellow and white trumpets, I grew old-fashioned doubles that hardly look like daffodils at all, such as ‘Cheerfulness’ and ‘Rip Van Winkle’. I also added miniatures including ‘Hawera’ and ‘Minnow’.

Daffodils are grouped into 13 divisions according to heredity and form. I was growing examples from most of the divisions, but I had only begun to explore the hundreds of Narcissus species and more than 25,000 registered cultivars recognized by the American Daffodil Society. 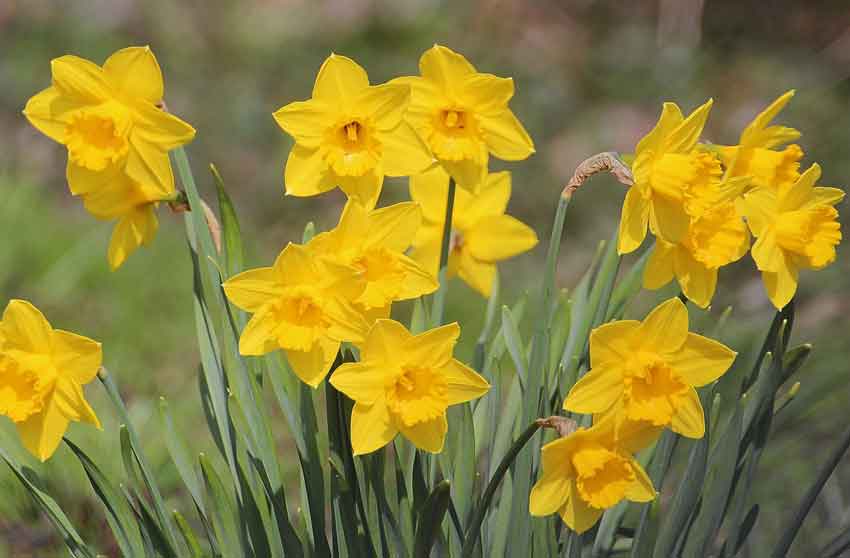 Daffodil season in our garden begins by late January with the Lent lilies (N. pseudonarcissus). This species, native to England and parts of Europe, is given credit for inspiring Wordsworth’s poem. Our bulbs came from an abandoned home site in Alabama where they had thrived unattended for more than a century, long surviving the cabin they once surrounded.

This year, I plan to push our season back to December by adding the white Hoop-Petticoat daffodil (N. cantabricus). This dwarf species features grass-like foliage and a flower that matches its common name. Last spring was my first growing another dwarf species, N. willkommii. I was so charmed by its teeny tiny flowers that I found it difficult to look away. Despite their delicate appearance, this native of Spain and Portugal thrives in the hottest and driest of spots.

We’re fortunate that Raleigh area gardens are hospitable to most members of the 13 Daffodil divisions. However, Southern bulb expert Scott Ogden does not recommend Division 1 Trumpets for our climate. He cites ‘King Alfred’ as a widely available variety better suited to northern gardens.

Jonquilla is the division most associated with Southern gardens. Members of this group are less reliant on winter chill and more tolerant of our wet winters and heavy clay soils. Southerners like myself grew up hearing “Jonquil” rather than daffodil as the common name for Narcissus.

Jonquils are worth growing for their fragrance, but they also add a great deal of visual interest to the spring garden. The petals of ‘Sweetness’ are so perfect they appear to be chiseled, while ‘Sweet Smiles’ has a cup that matures from cream to pink. ‘Sailboat’ is a truly southern jonquil developed in Virginia by Bill Pannill and features creamy white recurved petals. 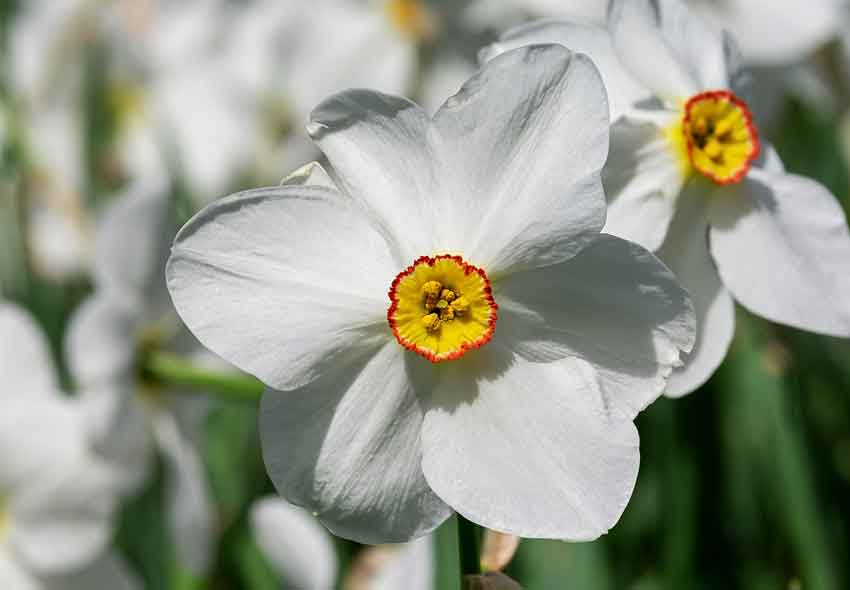 Poeticus daffodils have been a challenge to establish in our garden. Experimentation with several varieties and locations has produced one successful clump. It is located in fairly rich and moist soil and gets morning sun with afternoon shade. This group and the Pheasant’s Eye species have striking red-rimmed cups and a spicy scent that make them well worth some extra effort.

How to Plant Daffodils

Daffodils generally require little from gardeners except proper planting. September is the perfect month for choosing varieties, but planting should be postponed until after the first frost. The second and third weeks of November are my favorite time to plant daffodils. When the days start growing short, I need a reminder that spring is on the way.

Daffodils are relatively inexpensive, making them perfect for both novice and adventuresome gardeners. The bulbs are toxic, so rodents do not eat them, and the flowers are unappealing to deer. Bulbs should be planted at a depth three times their height. Compost and/or an organic bulb fertilizer can be added to the planting hole. Daffodils do not require lifting and dividing unless they become overcrowded and begin to loose vigor.

Daffodils perform best with at least a half-day of direct sun. They can be used to plant under deciduous trees whose leaves emerge as the bulbs go dormant. While daffodils are drought-tolerant and adaptable to a variety of soils, they do not thrive in wet, poorly draining areas.

Daffodil foliage should not be removed until it dies back completely. Gardeners who are bothered by the senescent leaves can interplant them with other perennials such as hostas or daylilies whose emerging leaves will cover the daffodils.

There are several websites with extensive information about daffodils: The American Daffodil Society includes information on the 13 divisions and DaffSeek is a daffodil database with searchable photos.