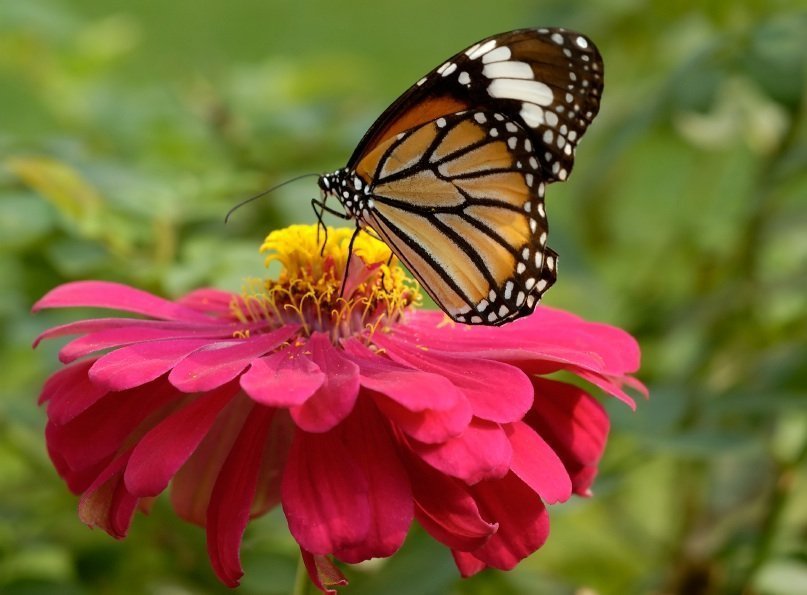 The U.S. Fish and Wildlife Service (Service) launched a major new campaign aimed at saving the declining monarch butterfly. The Service signed a cooperative agreement with the National Wildlife Federation (NWF), announced a major new funding initiative with the National Fish and Wildlife Foundation (NFWF), and pledged an additional $2 million in immediate funding for on-the-ground conservation projects around the country.

While monarchs are found across the United States — as recently as 1996 numbering some 1 billion — their numbers have declined by approximately 90 percent in recent years, a result of numerous threats, particularly loss of habitat due to agricultural practices, development and cropland conversion. Degradation of wintering habitat in Mexico and California has also had a negative impact on the species.

To directly tackle these challenges, the new cooperative effort will build a network of diverse conservation partners and stakeholders to protect and restore important monarch habitat, while also reaching out to Americans of all ages who can play a central role.

The monarch butterfly, known for its beautiful orange color, fascinating life cycle and remarkable annual migration, is the most iconic butterfly in North America. The monarch’s exclusive larval host plant and a critical food source is native milkweed, which has been eradicated or severely degraded in many areas across the U.S. in recent years. The memorandum of understanding between NWF and the Service will serve as a catalyst for monarch conservation, particularly in planting native milkweed and nectar plants.

The new NFWF Monarch Conservation Fund was kick-started by an injection of $1.2 million from the Service that will be matched by private and public donors. The fund will provide the first dedicated source of funding for projects working to conserve monarchs. The Service will also fund numerous conservation projects totaling $2 million this year to restore and enhance more than 200,000 acres of habitat for monarchs while also supporting over 750 schoolyard habitats and pollinator gardens.

The campaign includes a monarch website with details and photos on the monarch’s plight, information on how Americans can get involved and direct outreach to schools and communities.