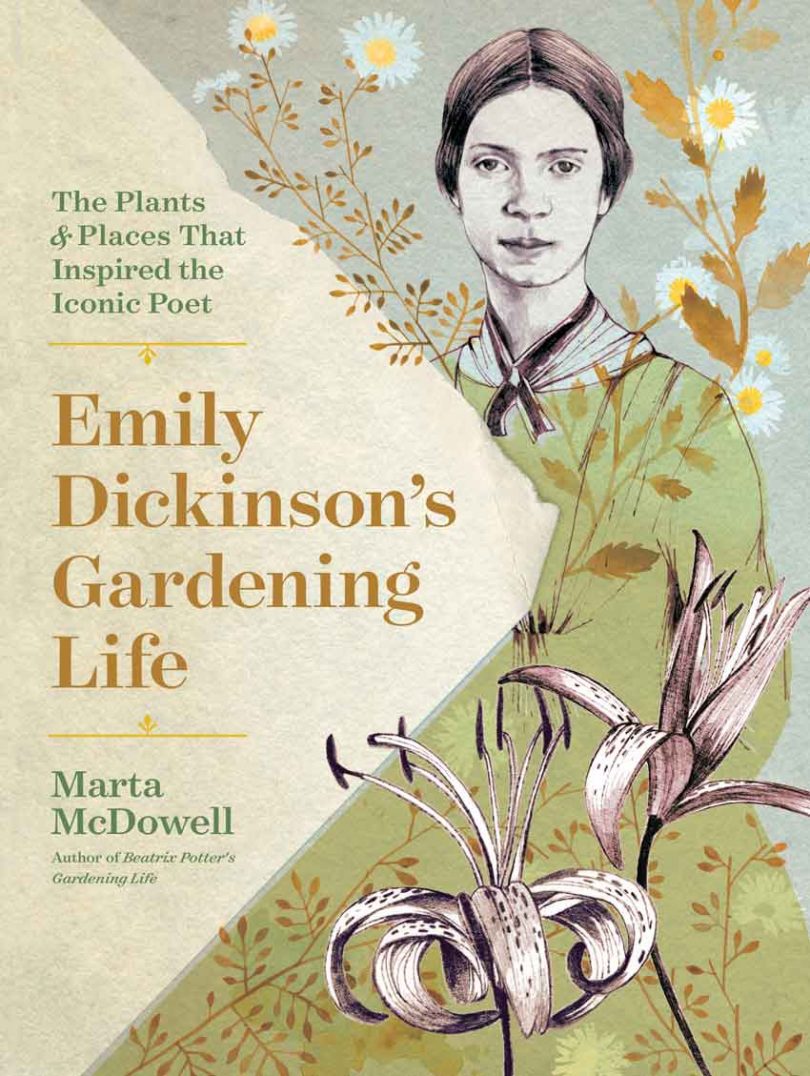 January and February are the quietest months of the year. The hustle and bustle of the holidays are muted until next year. Snow, sleet, and low temperatures encourage many gardeners to burrow into the warmth of home. During these gray months, the most satisfying entertainment for this bored gardener is reading novels, biographies, and gardening books.

One such book, Emily Dickinson’s Gardening Life by Marta McDowell (Timber Press, 2019), fulfills two of my reading preferences. This volume is a combination of Dickinson’s biography and descriptions of eighteenth-century gardening. McDowell’s writing is influenced by her career as a landscape designer. Her special writing interest in “authors and their gardens” has resulted in books on Laura Ingalls Wilder, Beatrix Potter, and American presidents.

The importance of plants to Dickinson’s writing is captured by a garden tour through the seasons of her life. The verses that contain plant names follow information about the various perennials, trees, annuals, and bulbs to which the poems allude. Sketches and photographs illustrate the Dickinson estate, family, friends, and the gardens’ heirloom plants. Each plant included in her herbarium and those grown in the garden is also listed in the “Emily Dickinson’s Plants” section.

Details of Dickinson’s life are intertwined from birth to death in the same time frames as the various plantings by season described by McDowell. The poetess progresses in spring from a solitary child roaming the countryside with a huge dog to a student at Mount Holyoke College.

In summer, she becomes an adult who writes numerous friends lyrical letters and brief poems. During this time her father purchased a house, The Homestead. This home included the garden and conservatory whose plants filled Dickinson’s time and poems. Her brother, Austin, was given a mansion next door. The entire family who influenced Emily’s life was within her sight from her bedroom window.

When Emily was in her forties, she began confining herself to her home and to her family. She was described by visitors as one who sat out of sight on the stairs during social functions. Though unseen, she occasionally sent notes and flowers to those who had come as guests.

The winter of her life was chilled with deaths. A beloved nephew and her parents preceded Emily’s own demise in1886 at age 56. Dickinson had instructed that after her death, all her papers be burnt. Her sister, Vinnie, discovered the numerous now-familiar poems in a chest while attempting to fulfill the request. Vinnie could not ignite the sheets and booklets of poems secretly written by Emily.

Eventually, the poetry was given to Mabel Loomis Todd, her brother’s mistress, to ready it for publication. She typed and edited the poems before locating a publisher in 1890 for a book of 125 poems. The volume sold out on its first day for sale.

Dickinson quickly became, and continues to be, a famous poetess of American literature whose life, plants, and poems this book beautifully relates.