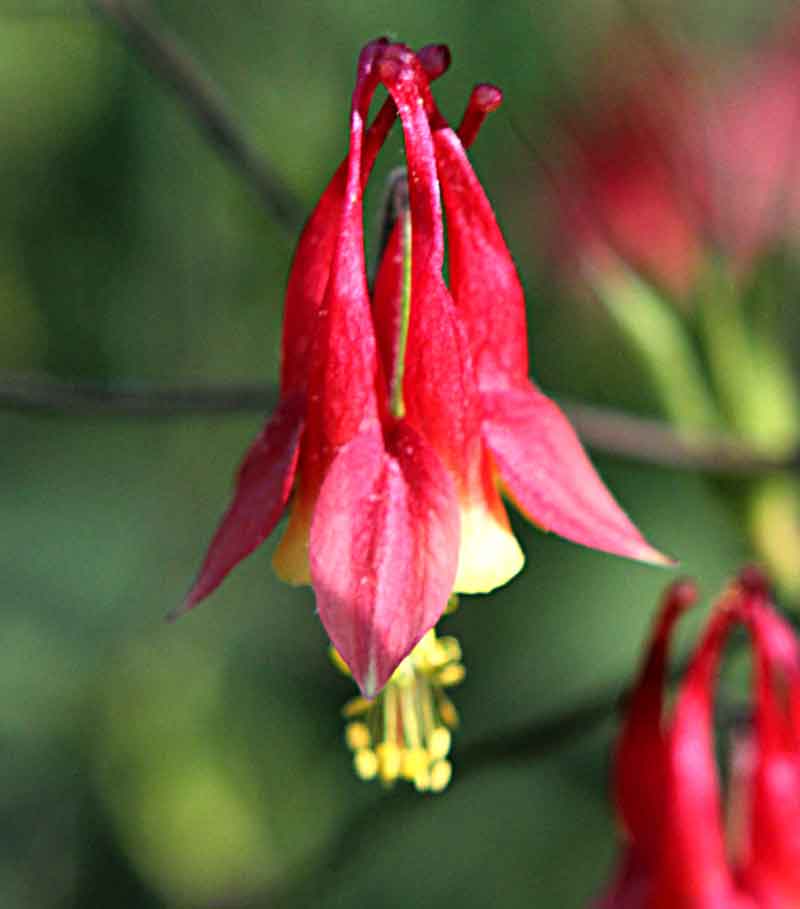 People have collected information and stories about plants for generations, learning just which plant is useful for building materials, food or medicine. Plants are essential to people. Plants feed us, shade us from the sun and charm us with their beauty. For example, did you know that there is a common North Carolina wildflower that Native Americans and Europeans believed to be a love charm? Read on to find out more.

Carya trees are commonly called hickory, a name we borrowed from the Powhatan community of Native Americans. Hickories are familiar to us in North Carolina because of our fondness for barbecue, often smoked with hickory wood. Historically the hickory has also been used for tool handles, sporting equipment, furniture and paneling. Hickory wood, including one occasionally called whiteheart (Carya tomentosa), has a unique combination of strength, hardness and shock resistance that is not equaled by any other tree. Look for shagbark hickory, bitternut, whiteheart and pignuts growing in rich soil and along stream banks.

Another familiar tree is the tulip poplar (Liriodendron tulipifera), one of the tallest hardwoods in North America and most noticeable by its bright golden autumn foliage. The tulip poplar is still a common wood to use for the sides and backs of drawers and cabinets, and it is the preferred wood for organs. One of the earliest accounts of the tulip poplar came around 1709 from John Lawson, surveyor general of North Carolina, who wrote about the practice of colonists living in the hollow base of a tulip poplar until they built more permanent homes.

The queen of our forests is the graceful, beautiful American beech tree its smooth gray bark, dainty twigs and elegant buds. Early colonists soon understood that the American beech favored locations with rich soil and regular moisture. So, down came the beech groves, which were replaced with farms to grow our food. This tree is familiar to us through Beechnut Gum, flavored by the American beech seeds. That same seed made up the majority of the passenger pigeon’s diet, and the pigeon population’s decline was due in part to the loss of the beech groves.

People also use the flowers of plants to mark the seasons in nature. The shadblow (Amelanchier species) was given that name because it blooms as the shad are running in our streams. The June ripening berries provide another common name: Junebush. Native Americans from the Ponca community called this plant zho huda, or gray wood, and they used it to create arrow shafts.

The American columbine flower has a European cousin. Oddly, Europeans of the Middle Ages and Native Americans alike believed that it was a love charm. In America, a bachelor would crush the seeds in his palm and attempt to touch the woman of his dreams. Once touched, she would fall deeply and indelibly in love with him.

The stories of people and plants are intertwined all through history. Occasionally you will hear people remark that a tree is a “witness tree,” an old, venerable tree that has been witness to history. In Duke Gardens, you can find trees old enough to have witnessed the first flight of the Wright brothers in 1903, women being granted the right to vote in 1919, the first human landing on the moon in 1969 and the population of the United States reaching 300 million in 2006.

Take a walk in the woods. Plants have stories to tell you, and they are well worth sharing.

Jan Little is director of education and public programs at Sarah P. Duke Gardens in Durham.