Thousands of acres of mostly wild public lands extend from the University of North Carolina-Chapel Hill to the waters of Jordan Lake, of which the most storied is Mason Farm Biological Reserve. It began when the Mason family donated 800 acres to UNC in 1894.

An Early History of Mason Farm

Mark Morgan and his family came from Pennsylvania to settle in the area in the 1740s, at first living inside a colossal sycamore tree. One of his descendants married a Mason family member in 1854. It was Mary Elizabeth Morgan Mason who left the property to the university with the stipulation that the land would never be sold or divided.

Farming continued here until a few decades ago, while some of the areas are still old wood lots that had never been farmed. A section of the farm was used to create the Finley Golf Club in the late 1940s. Naturalist John K Terres’ award-winning classic From Laurel Hill to Siler’s Bog: The Walking Adventures of a Naturalist, describing wildlife at Mason Farm and beyond, was published in 1966.

The 367-acre reserve was formally created by the University Trustees in 1984. This, along with contiguous areas of other lands, creates 900 acres and connects to vast game lands surrounding Jordan Lake. Despite urban sprawl, much of the landscape Terres described in his book still exists there today.

What to See at Mason Farm

Entrance to Mason Farm begins on a winding one-lane gravel road as you pass through the parking lot of the Finley Golf Club. Tall hackberry trees shade the course’s clubhouse, which is the former site of the Mason home. In Terres’ time, a pileated woodpecker still came out of the bottomland to roost in these hackberries.

The farm’s cemetery is behind a stone wall by the clubhouse, and the Hackberry-Warbler loop trail begins here; though this trail hasn’t been maintained in years.

Tall Indian grass rescued from the 15-501 highway expansion and other native grassland plants grow at the access road entrance. Go slowly for wildlife.

Around July riotous yellow bearsfoot starts blooming along the road, attracting many swallowtail butterflies and bumblebees. Further on, yellow composite crownbeard blooms into September. Beavers created a pond on the left and abundant dogbane attracts butterflies.

Most of the Mason Farm reserve is on the west side of generally shallow Morgan Creek. Be careful crossing the low concrete bridge if it is submerged after heavy rains. There may be too much water flowing over the bridge to safely cross it. 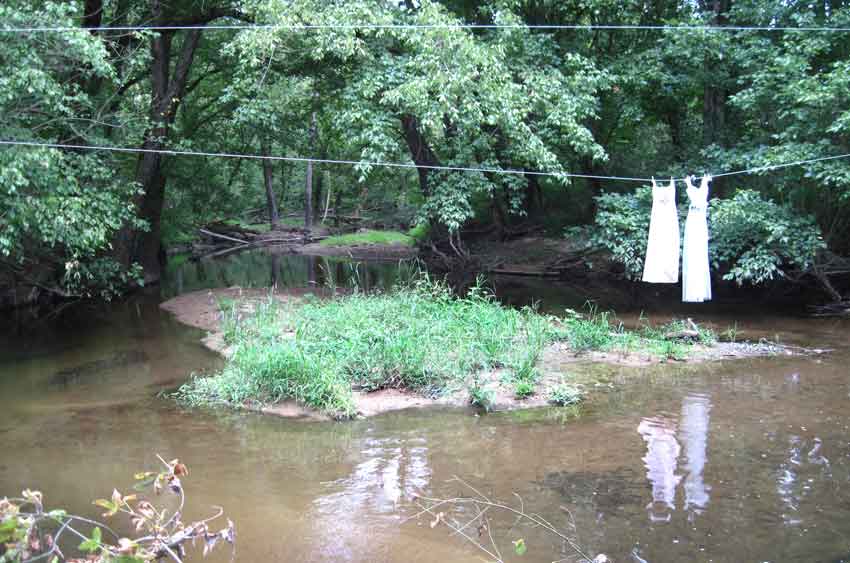 A touch of whimsy at Morgan Creek / Michael Pollock

The clear, shady pools at the bridge are a good place to fish watch. There are sunfish, wild guppies, occasionally large carp, and even bowfin and other more eastern fish – 28 species can be seen at Mason Farm. Farther upstream at the Meeting of the Waters Creek there are many shiners, chubs, killifish, and darters. Lucky visitors could see otters or mink. An OWASA wastewater treatment plant is nearby, so the creek level can rise a few inches without rain.

I think the first time I came here the entrance gate was open and I didn’t know the fenced area was off-limits without a permit, so I went in. There is a large pond originally called Muskrat Pond, today called Botany Pond. The shady path from the parking lot passes under ash and boxelders. Check out visitor observations at the bulletin board before starting your hike.

Visitors barely have to leave the parking lot to see an abundance of wildlife. Up to 67 butterfly species can be seen and when it is quiet coveys of bobwhites or foxes come out.

Turning left, some of the reserve’s 23 species of amphibians and 28 species of reptiles live in the silty drainage channels. Until recently the old farm road was surrounded by large multiflora roses. Mason Farm is very biodiverse, though some natives seem absent, at least near the trails.

During migration, the hedgerows and thickets are full of yellow-breasted chats and other warblers, while hawks and vultures circle over the vast fields. Some 216 bird species and 29 of mammals, including bobcats, have been recorded here.

At the border with Durham County, the path turns south. A field of yellow partridge peas and a few sennas support various sulphur butterflies, and in the distance, there is a woods Terres calls the Finley Tract. The path circuits Big Oak Woods, 65 acres of bottomland swamp forest used for wood and grazing, but never cleared, with trees exceeding 300 years old. 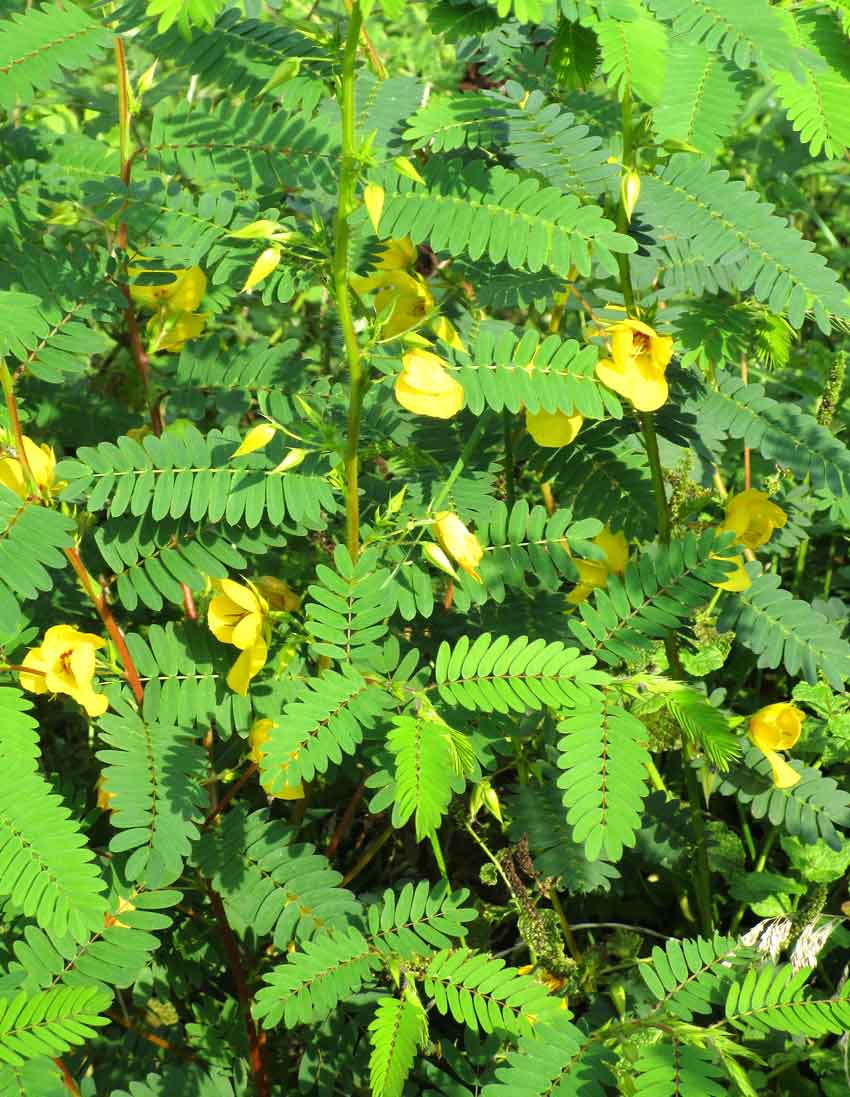 The path roughly parallels Morgan Creek, somewhere out in the trackless Willow Oak Swamp. Former fields merge with vast wetlands; possibly the impoundment of Jordan Lake has increased this flooding. Large snags are inhabited by talkative red-headed woodpeckers. This area is probably Siler’s Bog described by Terres, though it is really marsh and swamp.

The trail next enters drier fields. Where the trail turns back to the parking lot there is a side trail and the state champion Carolina shagbark hickory (Carya carolinae-septentrionalis) grows here. Laurel Hill Woods or Southern Shagbark Hickory Slope is on the left and the trail crosses little Yancey Brook.

Masses of yellow tickseed, a flower uncommon west of Mason Farm, attract migrating monarchs in September. Many wildflowers color these fields in September and October, attracting late-season pollinators. In winter woodcocks display over the stalks.

When You Go to Mason Farm

Access to Mason Farm is open every day of the year from dawn to dusk and requires a permit to enter. Visitors can get a free one-year entry permit at the North Carolina Botanical Garden’s visitor center or online at ncbg.unc.edu/venue/mason-farm-biological-reserve.

The North Carolina Botanical Garden and the New Hope Audubon Society both organize hikes throughout the year. Check their websites for dates and details.

Michael Pollock is a writer who gardens in Durham. He has written for publications such as The Durham News, Carolina Gardener and Chatham County Line.