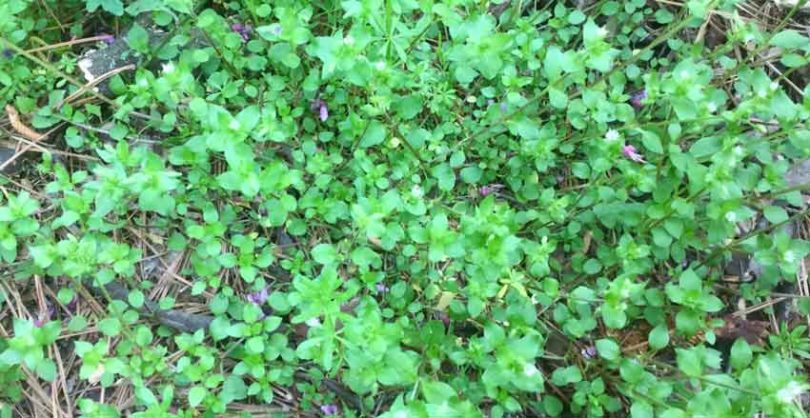 I love to weed. The expression on peoples’ faces, whenever I say so, tells me that very few of them share my passion. Most consider weeding yet another battle to be waged in the garden. To me, the work feels more like editing – getting rid of extraneous elements and making sure things are in the correct place.

What Are Garden Weeds?

Gardeners often define a “weed” as any plant growing in the wrong place. My perspective, as someone working to create a garden that is both beautiful and manageable, is that a “weed” is anything that disturbs the balance of the plant communities I’m working to create. The single best strategy for lowering maintenance is to prevent weeds from getting established in the first place. This may sound simple, but it’s not. Weeds are weeds because they are adaptable and resilient.

Weeds enter gardens in many different ways. The most fundamental is their existence in the soil before the gardener arrives on the scene. Seeds can lie dormant for hundreds of years before a disturbance brings them to the surface. The soil “seed bank” is what permits forests to regenerate after a fire. It also enabled native merrybells (Uvularia perfoliata) to return to our woodland after we removed the invasive Japanese honeysuckle (Lonicera japonica) growing there.

A less welcome gift from the “seed bank” was the Virginia buttonweed (Diodia virginiana) that emerged and formed dense mats in our deeply tilled and amended, well-irrigated veggie plot. Long after we abandoned this plot for easier-to-manage stock tank planters, the former veggie plots continue to be a weed-plagued area. Using a “no-till” approach and incorporating the use of winter cover crops and mulch will reduce weed germination in vegetable beds.

How to Control Garden Weeds

Minimizing soil disturbance is also a strategy against weeds in shrub and flower beds. Layering compost on top of perennial and shrub plantings rather than tilling it helps minimize weeds and reduces harm to beneficial soil organisms. Irrigation for new plantings should be directed to their roots and used only until the plants are fully established, usually in one to two years. Broader sprinkling or excessive irrigation helps weeds thrive.

Another strategy for excluding weeds from shrub and perennial plantings is the use of groundcovers to underplant them. Nature really does abhor a vacuum. A dense planting in which beds are filled with companionable plants leaves few openings for weeds to occur.

Some weeds are transported by water flowing onto a property. Japanese stilt grass (Microstegium vimineum) is an invasive species that quickly displaces native woodland plants. Stilt grass is easy to pull annual that can be eliminated by hand weeding done before it sets seed in late summer. Its seeds persist in the soil for five years, so an established patch may take several years of vigilance to remove completely. Eradication might also require cooperation with neighbors whose properties drain onto yours.

Birds and other animals are expert distributors of weed seeds. Moving seeds is part of their role in the natural world. English ivy (Hedera helix) is a weed, many times eradicated, that returns over and over to our yard with the help of birds. English ivy doesn’t flower when it grows along the ground but begins to flower and bear fruit when it reaches the treetops. Birds eat the fruit, then replant it in our garden with a healthy dose of fertilizer. To prevent this from happening and for the sake of the trees, English ivy should never be allowed to climb them.

Perhaps the most prevalent and least realized way that weeds enter our gardens is that we bring them in ourselves. Weeds ride in on clumps of pass-along plants we receive from friends, they hide in nursery pots, and sometimes they arrive in the mulch brought in to defeat them.

Quite a few of the worst “weeds” that I’ve encountered are plants we deliberately planted. We sought out Italian arum (Arum italicum) for its beautiful wintergreen foliage and didn’t think much about its flowers or fruit. Some years later we realized the plants not only increased by producing tiny, almost impossible to dig out bulblets, they also increased by seed. Now Italian arum has invaded our woodland garden leaving me determined never again to plant anything I can’t kill.

Some weeds get established despite our efforts to exclude them. The more you know about the weeds in your garden, the better able you will be to remove them. Here is a chart of many common weeds to help you identify these. Annual weeds are often easy to pull, but need to be removed promptly before releasing the abundant seeds they typically produce. I’ve found that 20 percent of vinegar kills most annual weeds. Perennial weeds are usually top killed, but often require a second vinegar application. Corn gluten is an organic pre-emergent herbicide that stops many, but not all annual weeds from germinating. I’ve learned which weeds pre-emergents kill at N.C. State’s “Weeds of Container Nurseries” website.

In her excellent book “My Weeds,” Sarah Stein, describes weeding as “finicky work” requiring “an overestimation of the importance of detail, a near-sighted view of things.” I would add that weeding, like editing, also requires a firm grasp of the subject matter. Stein’s book, written about her New England garden, ignited my fascination with weeds and provided the foundation I needed to learn about the weeds in my Triangle garden.

A Note on Using Vinegar as an Herbicide

We find 20% vinegar with no additives effective on most annual weeds. Two applications are typically needed for perennial weeds. 20% vinegar is organic and breaks down easily, but it is a harsh substance that needs to be used with caution. We have not succeeded in killing weeds with regular household vinegar. Others report they have. Formulas described as effective often have dishwashing liquid and/or salt added to the vinegar. I would not use this formula because both of these substances are toxic. Dishwashing liquid kills most insects – that’s how I kill Japanese Beetles. Salt is toxic to soil organisms. Gas weed torches are another non-chemical method of weed control. They require a great deal of caution to avoid harming desirable plants or igniting dry material. We find them similar to 20% vinegar in its effectiveness.