People have been using botanical medicines since before history began. Archeologists in Central America have found traces of chocolate in ancient ceramic containers, apparently buried with the dead to give them the strength to get through their journey to the afterlife. Perhaps the Neanderthal who buried their dead with ephedra flowers had something similar in mind. The flowers are long gone, but the pollen has shown up in analyses.

Even within our own American history, pioneers relied on medicinal plants. There were no drug stores on the frontier. Native Americans sometimes shared their knowledge about plants like slippery elm or black cohosh. 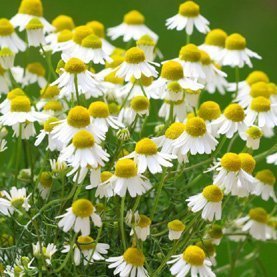 Today, many of the most popular botanical products for healing are exotic. Ginger, boswellia and turmeric are prized for their anti-inflammatory activity, but the North Carolina gardener would be hard-pressed to grow them. There are, however, a number of useful herbs that may already be present in many Piedmont yards.

One of our favorites is elderberry (Sambucus canadensis). This large attractive shrub bears clouds of white flowers in the early summer. When they are dried and stored in an airtight container, they can be used to make a tasty tea in the wintertime to fight colds, coughs and sore throats.

The tea is made by pouring six ounces of boiling water over two teaspoons of dried flowers and steeping them for five minutes or so. The strained tea may be sweetened to taste. Warning—the stems, leaves and unripe berries of this plant usually contain cyanide compounds and should be left strictly alone.

Another plant that provides comfort during the cold season is thyme (Thymus vulgaris). Tea made with fresh or dried thyme leaves (1/2 teaspoon of dried leaves or a tablespoon of chopped fresh leaves/stems per cup) can calm a cough for hours. It tastes good, and can be “doctored up” with honey and lemon for those who desire. Thyme is easy to grow and offers culinary delights as well as this medicinal use. Because thymol, the oil that gives thyme its distinctive aroma and flavor, has antifungal activity, it could also be steeped in vinegar to make a home remedy for foot and nail fungus.

People who have occasional digestive upset may want to cultivate chamomile (Chamaemelum nobile). The flowers of this attractive herb are collected, dried and made into tea to ease stomachache or flatulence. Approximately 1 teaspoon of dried flowers makes 6 ounces of tea. Chamomile tea is occasionally used, like the elder flower or thyme tea, for colds. Some people also find that it can be soothing before bedtime. 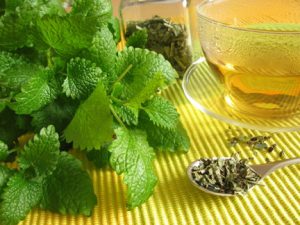 For sleep, lemon balm (Melissa officinalis) is another herb that can be beneficial. A tea made of 2 teaspoons of dried leaves per cup is relaxing and could be combined with chamomile or hops for even more soporific effect. Gardeners’ beware—lemon balm, like other mints, can be invasive.
Coneflower (Echinacea purpurea) is pretty enough that it may not need a medicinal justification, though the leaves and stems have anti-inflammatory compounds that could be used as a poultice.