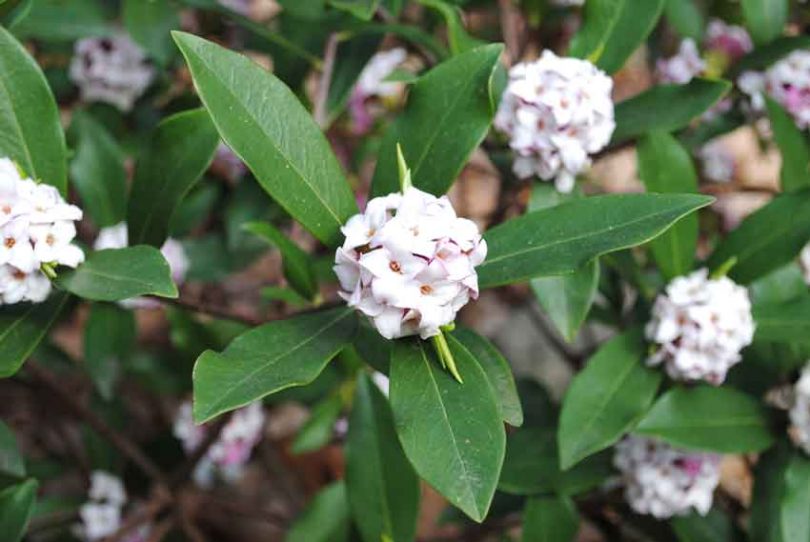 Few plants can bring as much rapturous praise one day followed by angry cursing the next than winter daphne (Daphne odora). The intensely citrus-scented mid-winter flowers draw people and pollinators out into the garden in search of the source of that heavenly fragrance.

The scientific name comes from Daphne, the nymph Apollo chased in mythology, and means “laurel” in Greek while odora means fragrant. In Korea, it is known poetically as the plant with a thousand-mile scent.

Winter daphne has been cultivated in Asia for centuries and is found throughout much of central and southern China. It forms a dense, tidy mound of evergreen foliage that never needs pruning to maintain its shape. It typically tops out at about 3 to 4 feet tall and slightly wider with glossy deep black-green foliage. 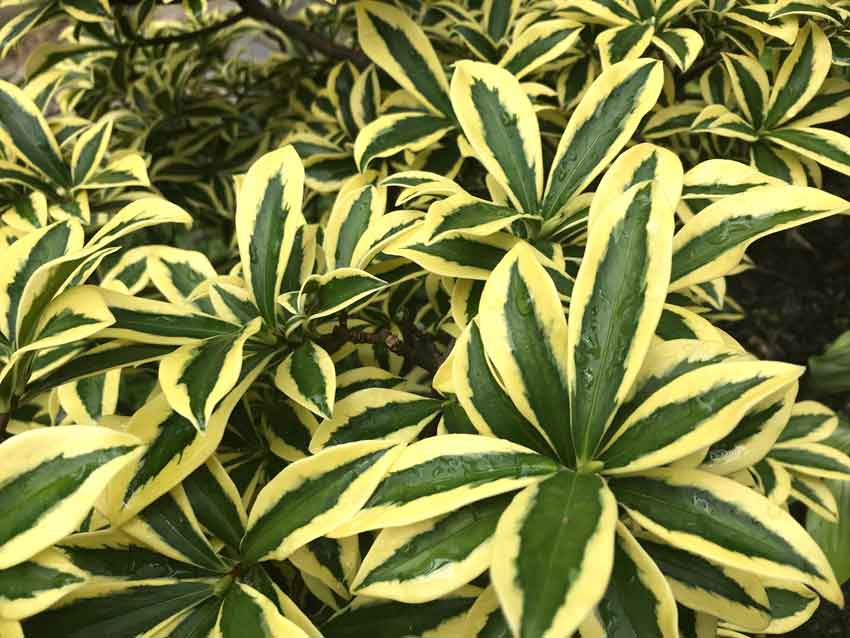 In mid-winter, pink buds open to reveal pale pink-white flowers whose fragrance wafts about the garden. Pure white-flowered forms as well as several with white or yellow variegated leaf margins can be found in the trade.

Unfortunately, daphne tends to be short-lived in cultivation, typically surviving only five to eight years in areas with hot, humid summers. Unlike many plants which slowly look worse and worse, daphne at least has the good grace to die quickly rather than linger. Daphne sudden death syndrome, as it is often dubbed, is due to various root rot fungi that occur naturally in all of our soils.

Combating daphne sudden death is best accomplished by planting in a very well-drained spot with some shade and disturbing the roots as little as possible. I find my greatest success when planting them in the dry shade under oaks and other large, deciduous trees. Even with ideal siting and care, expect your daphne to go to the compost pile in the sky in about eight years or so. This limited life-span turns off some gardeners but I think five to eight years of an exceptional plant is well worth the investment.