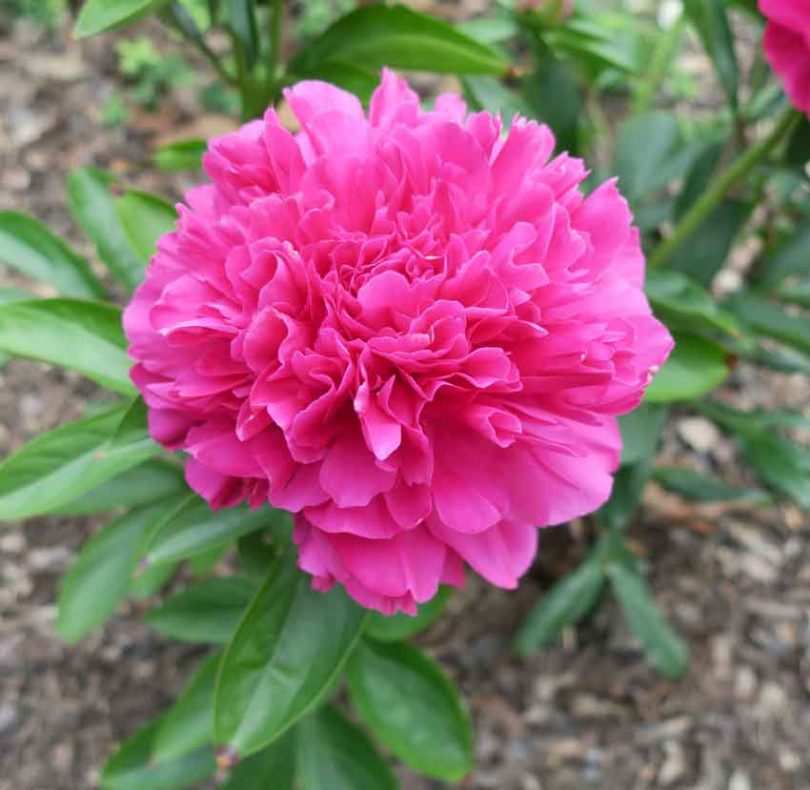 Peonies are among the showiest of spring garden flowers, and although they are mainstays of northern gardens they are often overlooked in southern landscapes.

These huge flowers in April and May have a tough constitution and ease of care, making them excellent garden specimens. While they mistakenly have a reputation for not being suitable in hot areas, the JC Raulston Arboretum is growing over 50 selections. Peonies also have the distinction of being mostly deer resistant, making them valuable additions to the garden for that aspect alone.

There are two basic types of peonies; tree peonies, which are mostly forms of Paeonia suffruticosa, and herbaceous peonies, which are usually hybrids of several species. The best of the southern forms often have P. lactiflora in their background.

Tree peonies have picturesque woody stems and bold, lacy foliage. They have very large flowers, but often do not flower heavily for us in the south. The herbaceous peonies die back to the ground in winter, but put up a bushy mass of foliage in spring that is topped with masses of flowers. 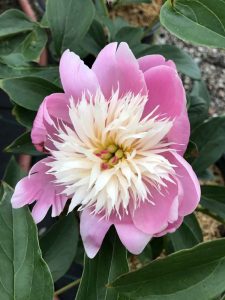 Recently, hybrids between tree and herbaceous peonies known as Itoh or intersectional peonies have come to market. The Itoh forms have the huge flowers, often exotic colors, and foliage of the tree peonies, but have the dense bushy form of herbaceous peonies and will die back to the ground in winter.

One group of underutilized herbaceous peonies are the Asian woodland species that need shade. P. japonica and P. obovata grow to only about 18 inches tall, half the size of other herbaceous peonies. In early to mid-May white and soft pink cup-like flowers appear respectively followed by seed pods that split open to reveal metallic blue-black fruit on red stalks. 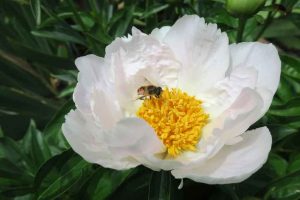 Among the best of the best of the traditional herbaceous peonies is the very old selection ‘Krinkled White’ that dates from 1928 and is still a standard with which to measure others. The single white flowers hold up to our heat well and the pristine coloration is dramatic against the deep green foliage. Other top herbaceous peony performers for the Triangle include ‘Bowl of Beauty’ with soft pink petals surrounding a boss of feathery, white petaloids, ‘Festiva Maxima’ an intensely fragrant double white form, and ‘Paul M. Wild’ with its bright pink double flowers. 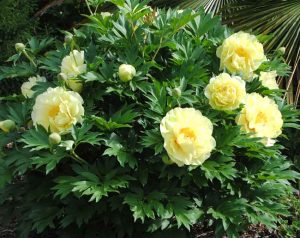 There are few really strong tree peony performers, although the JC Raulston Arboretum grows about a half dozen that perform reasonably well. The best is P. ostii, a fairly new species with white to pink flowers on a 5 foot tall and wide woody stemmed shrub. The Itoh hybrids are the crème de la crème of peonies. The new standard for excellence is the strangely named ‘Bartzella’ which bears masses of bright yellow flowers over four to five weeks in mid-May.Other intersectional hybrids are making their way into the trade as well, like the watercolor brushed pink ‘Hillary’.

How to Grow Peonies 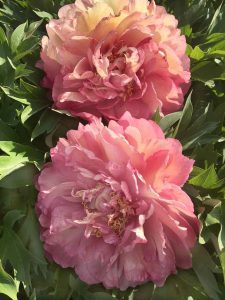 Peonies (Paeonia) like moist, well-drained soil and need a cold chilling period in winter to flower reliably. The two most common problems with growing peonies in the south is lack of adequate chilling and the short flower duration when temperatures are high. In order to give plants plenty of chilling, they should always be planted very shallow with the top of the crown no more than 1 inch below the surface of the soil and without too much mulch. There is little to be done about high spring temperatures that cause the flowers to open and drop their petals quickly, but selecting early flowering forms will help. While peonies need plenty of sun, they appreciate some afternoon shade to keep the foliage from burning. The flowers can be cut just as they are opening and brought indoors for long-lasting cut flowers as well.

You can make a visit to the JC Raulston Arboretum to see some of the four dozen different peonies grown here and find one that you would like for your own garden.