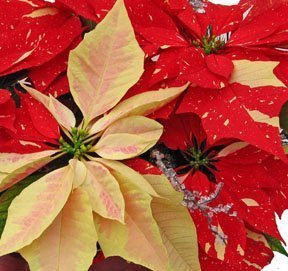 The winter holidays are prime times for bringing the beauty of nature into the home. The mood-enhancing colors, aromas, and connections to tradition are more welcome than ever as we shelter indoors after a year like no other.

But whether you’re crafting a wreath or a centerpiece from natural materials, or gifting or receiving a houseplant, it’s a good idea to be aware of potential hazards and to use good judgment when choosing where to locate those items indoors.

Dogs and cats, in particular, both being adopted in record numbers by housebound Americans, can be at risk if they consume certain plants or parts of plants in quantity. They can experience mild reactions ranging from gastrointestinal irritation, vomiting, and diarrhea, to more serious nervous system depression, convulsions, and, in some cases, even death. A little attention can keep them out of reach of our curious friends, which also can include younger children.

The good news is that the most common elements of a holiday display, like pine boughs and cones, sweetgum and sycamore balls, cedar, dogwood, and magnolia leaves, are relatively harmless.

Beware of These Holiday Plants

American Holly (Ilex aquifolium) and its brethren including English Holly, inkberry, and winterberry, are iconic symbols of the holidays, and the biggest threat they pose to humans may be little more than their stiff, sharp-edged leaves. Still, those low-toxicity leaves and berries should not be eaten and are best kept away from animals.

Nandina (Nandina domestica), sometimes called “Heavenly Bamboo,” is a common ornamental shrub that develops bright red berries and leaves. The berries tend to appear in late spring, so you’re more likely to encounter their red leaves, which appear in the wintertime. Neither poses much of a threat to humans, but you’ll want to keep them away from cats and dogs, who can be sickened by eating them. The berries, in fact, can be toxic to certain birds.

Two plants most commonly associated with the winter holidays have different tales to tell. An urban legend may have raised concerns about brightly-colored poinsettia (Euphorbia pilcherima), but it’s entirely safe under normal circumstances. On the other hand, the attractive white berries of mistletoe (Phoradendron leucarpum) could be a problem for humans as well as animals if eaten in appreciable amounts. Hanging it high (you’re supposed to steal a kiss under the mistletoe, after all) could be one way of avoiding the problem.

“Forced” bulbs like narcissus (paperwhites) and amaryllis (Hippeastrum) are sold everywhere from big box stores to supermarkets as gifts that produce showy indoor displays and intense aromas. But with bulbs and roots sometimes visible above ground or through clear glass containers, your house pets or toddlers might take an interest in them, so keep them out of reach. Tulip bulbs also can be dangerous to pets if eaten. And there is a possibility of developing “lily rash,” or contact dermatitis, from extended contact with any part of narcissus.

Cyclamen (Cyclamen persicum) is popular for producing vibrantly-colored flowers from tubers which are not too much of a worry to humans but can be toxic to dogs and cats. Kalanchoe, sometimes called “Chandelier Plant,” produces similar primary-colored blooms and poses the same problems.

Other common houseplants are less showy but equally deserving of respect. Peace Lily (Spathiphyllum) which has the nickname of “White Sails,” philodendron (Philodendron selloum), and pothos (Epipremnum aureum) sometimes called “Devil’s Ivy,” are all easy to grow in low to medium light, making them popular gifts. The problem they pose comes from eating their leaves, which can cause burning and swelling of lips, tongue, and throat in humans, sometimes making it difficult to speak. The problems are multiplied for house pets.

While mindfulness is wise, none of this means that you have to deny yourself the comfort, beauty, and aroma that come from a display of natural greenery, or giving and receiving plants over the holidays. Employing common sense and appropriate supervision should be more than enough to overcome the potential negatives of these and other plants. After all, anything, including cookies, can make you sick if you overindulge. That’s a good thing to remember when plants come indoors.