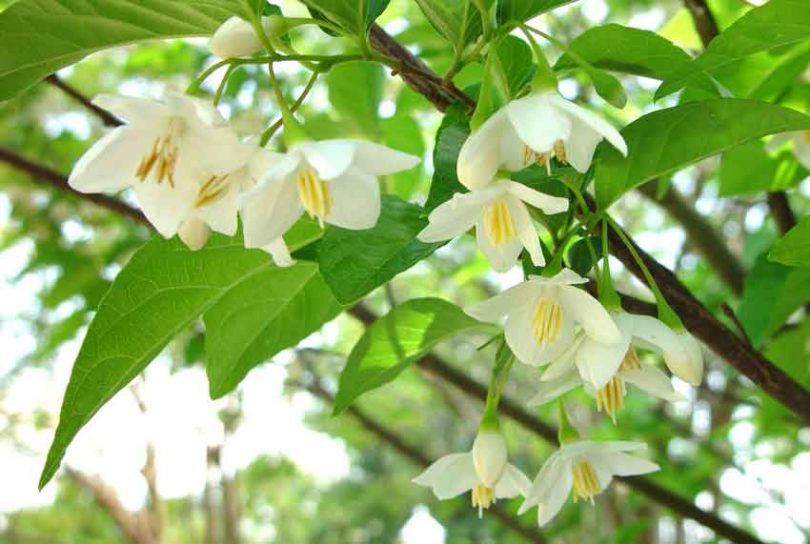 The snowbells or Styrax are a group of flowering trees and shrubs native to warm temperate and tropical regions around the world with the largest diversity in southeastern Asia. The 170 or so species have pendulous, mostly white flowers and some have outstanding fragrance. The gray-green smooth fruits on many snowbells are quite attractive, if understated, as well. Despite the number of species, only a few have made their way into gardens.

The most widely grown snowbell, Styrax japonicus the Japanese snowbell, makes an upright rounded to a wide-spreading tree with masses of late spring bell-like blossoms. 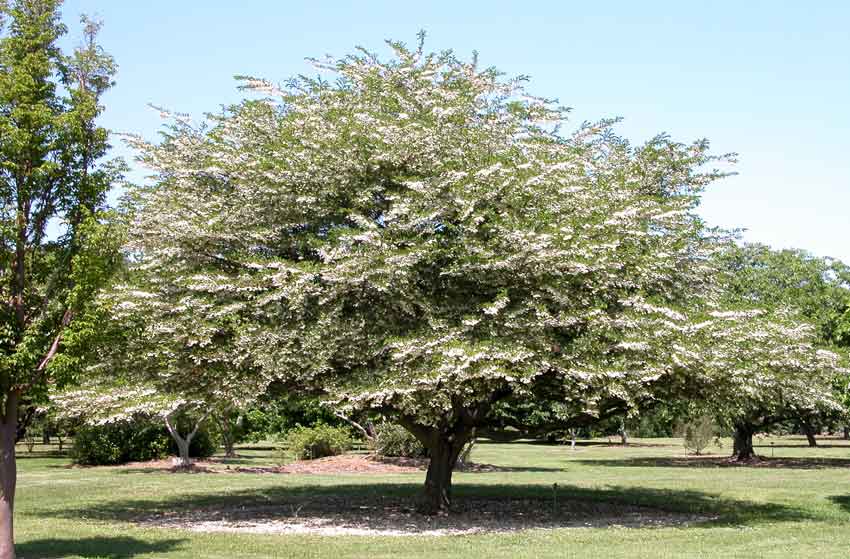 The flowers emerge after the leaves and show up brightly against the dark green foliage. One of the most popular selections is ‘Emerald Pagoda’ an upright form with larger leaves and flowers than typical. Exciting new selections have come on the market in recent years including ‘Fragrant Fountain’, a weeping form with scented flowers. ‘Evening Light’, a somewhat shrubby plant adds season-long color with dark purple foliage which makes the pure white flowers really pop.

While the Japanese snowbell is the main player in gardens, a few other species can often be found through mail-order or by request at garden centers. The chains of heavily scented flowers of the fragrant snowbell, Styrax obassia, will fill an entire garden with its aroma. The plant’s foliage is somewhat coarser with larger leaves on an upright plant. Less widely grown but still quite attractive is our native Styrax americanus which grows throughout the southeast, usually in flood plains and other moist woodland settings. It makes a bushy plant, somewhat open compared to other species but well suited for natural gardens. One exceptional form of our native snowbell is ‘Baby Blue’ with silvery-blue foliage.

No matter which snowbell you grow, you are guaranteed an elegant addition to the garden where the striking flowers bridge the gap between early spring bloomers and the summer flowering tree species. Snowbells, in general, are easy to grow in most garden settings once established.