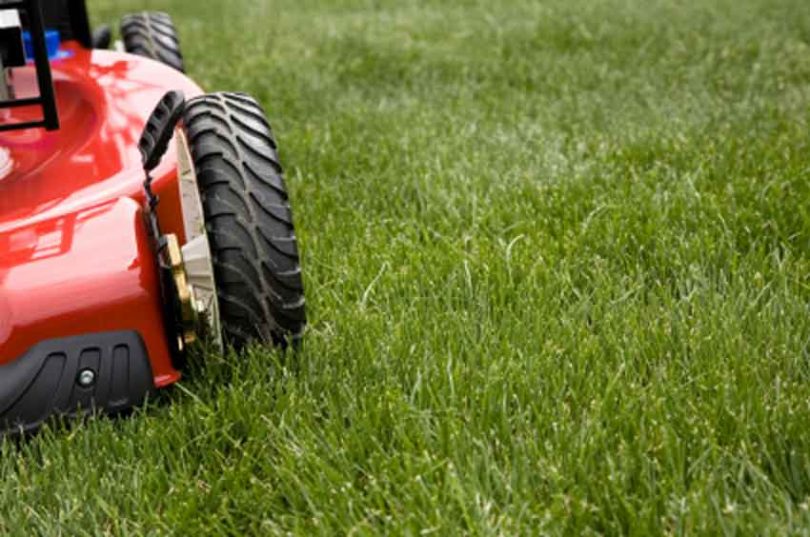 September through early October is the ideal time to combat thatch buildup and soil compaction in your lawn in North Carolina fescue and Kentucky bluegrass.

Grass roots and soil need oxygen, water, and nutrients in order to produce healthy green turf. In the Triangle area, the top four inches of heavy clay soils often become compressed, especially in heavy traffic areas. In addition, dense thatch that’s more than one-half to three-quarters of an inch thick can form an impervious barrier above the root zone that restricts roots’ access to water and essential nutrients. Too much thatch also blocks sunlight from reaching new-growth grass. The dual-threat of compaction and a deep layer of thatch may require a two-step process this fall—dethatching and aeration.

If you can’t poke your finger through a thatch layer, you need to dethatch. You can rake off the fibrous mat of dead grass and other organic matter. If you have a larger lawn area, you may wish to rent a dethatcher from an equipment rental store or garden center.

There are two easy tests you can use to determine if you need to aerate.

If your soil is dry, you will want to water your lawn thoroughly a day or two before aerating. Watering will help the aerator penetrate the soil more easily.

Finally, place small flags near irrigation sprinkler heads or other hidden objects so you can avoid them while you’re aerating.

While hand aerating with a digging fork works for moderately compacted soil in a small area, most Triangle lawns require a more serious approach.

If you choose to use a rolling drum aerator with spikes, you may have to go over the lawn multiple times. Some Triangle homeowners say they have to roll over heavy clay lawns up to six times to stimulate strong root growth.

Core aerators, which may be rented at commercial rental equipment stores, remove solid soil plugs three-quarters of an inch in diameter and up to three inches long.

“If your soil was aerated last year, you may be able to make one pass with a core aerator. If your soil is highly compacted or hasn’t been aerated in more than a year, you will want to make two passes, one that follows your mowing pattern, the next at an angle perpendicular to the first. Your goal is to create at least 20 holes and up to 40 holes per square foot,” explains Carl Hobson of Triad Equipment Rental in Wake Forest. “Then, you can leave the soil plugs on top of the lawn. They will dry out and break up the next time you mow. If they embarrass you, you can break them up. They do provide microorganisms and organic matter, so I would encourage you to use them to enrich your soil rather than rake them off and throw them away.”

If your soil was heavily compacted, you may cover your lawn with a quarter of an inch of compost, raking it in so it falls into the plug holes. If your lawn is dry, you also should irrigate following aeration. You can fertilize and seed immediately after aerating.

To reduce the rapid buildup of thatch, don’t over-apply nitrogen or water. You also should aim to maintain a three and one-half-inch mowing height.

More information on dethatching, aeration, and fall seeding, including high-performing grasses for the Piedmont North Carolina area, can be found at turffiles.ncsu.edu.

Byline
Sid Reynolds is an agricultural journalist, former editor, and editorial director of agricultural magazines, and is president of The Signature Agency, an agriculture, life science, and healthcare communications firm. You may reach her at sreynolds@signatureagency.com.