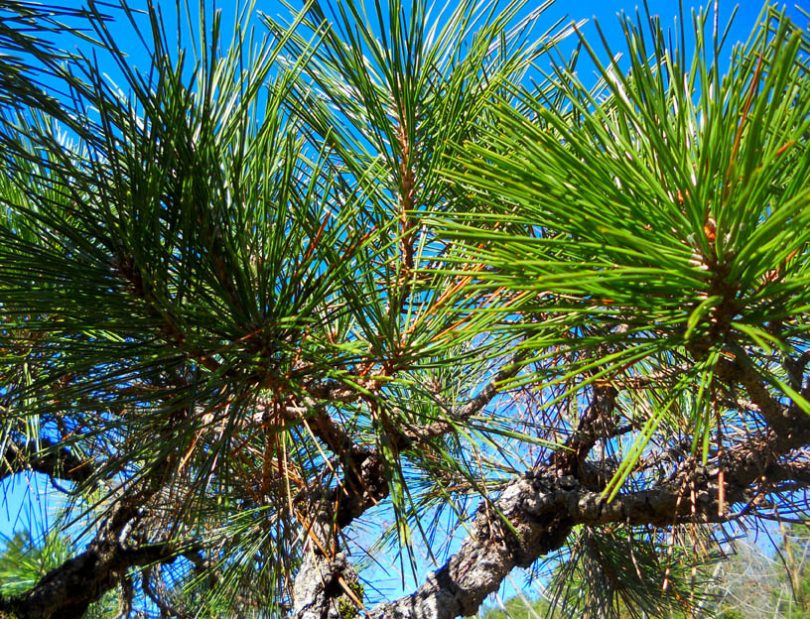 In central North Carolina, the native loblolly pine (Pinus taeda) is a tall evergreen tree commonly seen in our landscape. Many people seem to have mixed feelings about this pine due to the threat of falling trees in storms, and some have removed these from their property. However, the mixture of evergreen and deciduous trees in our natural landscape gives our winter much of its beauty, and the loblolly is one of the dominant evergreens. 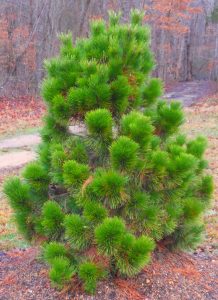 Perhaps because a loblolly pine is a common native tree, many overlook using some of the non-native pines in their landscape. One to consider using for its particular beauty is the Japanese black pine (Pinus thunbergii). Like all pines, it will appreciate full sun and well-drained soils. Once established, it is a durable, drought-resistant, eye-catching charmer.

Several cultivars or varieties that have interesting features are worth seeking out from specialty nurseries. ‘Thunderhead’ is a particularly handsome tree with deep green, long stiff needles that hold their color even in the depth of winter. The typical form of this dwarf tree is a broad-based, irregular pyramid. In addition, ‘Thunderhead’ is adorned with silver candles contrasting with the deep-green needles. Candles are the tight immature shoots that slowly elongate all winter to eventually emerge in spring as new growth. ‘Thunderhead’ will grow to be 8-10 feet high by 10-15 feet wide in 10 years. 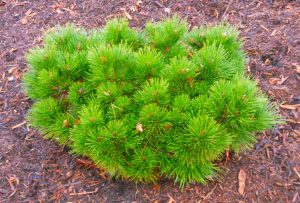 Another variety is the dwarf, almost flat-topped cultivar ‘Emory’s Dwarf’. Like ‘Thunderhead’, ‘Emory’s Dwarf’ retains its deep green color all winter. This cultivar will grow to be 2 feet high by 4 feet wide in 10 years. It is a great substitution for mugo pine, which does not perform very well in our climate.

Finally, there is an entire class of Japanese black pine grown because of their capacity to develop thick plates of bark that create interesting blackened fissures between the raised areas. The species will form attractive bark characteristics on its own, but only after many years. The cultivars ‘Arakawa Sho’, ‘Nishiki Tsuskasa’, and ‘Yoshimura’ all demonstrate exaggerated bark plating at an early age, sometimes by the third year.

These trees are typically found in specialty nurseries or sometimes can be obtained as small plants by mail order. To showcase the bark, they are frequently grown in a style called Niwaki, a Japanese pruning technique to create the idealized garden tree in which branches are removed and growth pruned on a regular basis to achieve a look of an old mature tree. For those who enjoy pruning and training trees, these varieties are great selections. There are many other cultivars of Japanese black pine. The Royal Horticultural Society Encyclopedia of Conifers (Auders and Spicer) lists 83 different forms.

How to use a Japanese Black Pine in the landscape 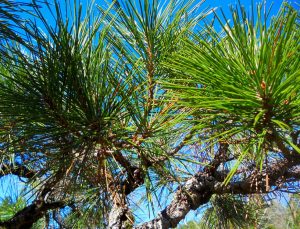 A single specimen can be used as a focal point in an Asian-inspired garden with a well-placed boulder or large rock, complemented by a clump of ornamental grass. A horizontal-trained specimen can be used as a windswept feature arching over a pond or a dry streambed. Featuring a Japanese black pine in a courtyard or at an entrance are other possibilities. The variety ‘Thunderhead’ can be used effectively in multiples as a backdrop for a larger perennial or mixed border.