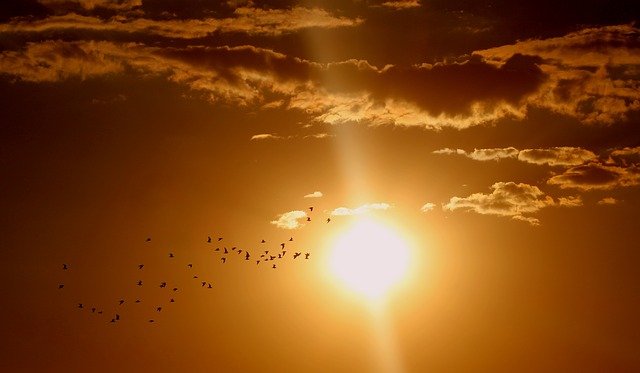 Several years ago I gave a presentation at Duke Gardens called “Follow the Sun”—and I learned a lot about the sun and where it shines during the year.

Like all schoolchildren, I knew that it rose in the east and set in the west while vaguely being aware that the winter sun was much lower in the sky than it was in the summer. Other than that, I had never given the sun much thought except to designate some areas of my garden as sunny areas and others as shady ones.

The solstices occur either when daylight is at its longest, usually around June 21, or when nighttime is at its longest, typically December 21. On these days the sun begins to reverse its direction. In the summer, the sun rises in the northeast and sets in the northwest—this is the reason you could place a swimming pool in a backyard facing north. In the winter the opposite is true: the sun rises in the southeast and sets in the southwest. At this time the north-facing backyard resembles Antarctica.

Now for gardeners in the Triangle, this is important knowledge because we have a wide variety of plants that bloom at different times. My north-facing backyard can support two crape myrtles, which bloom in June, but it can’t nurture a redbud, which blooms in early March.

In March the sun is rising in the east but the house still casts a large shadow over the backyard so the redbud, which typically blooms before the surrounding trees leaf out, was still in shadow for most of the day. Three months later, the northeast rising sun will flood the backyard with light, making the crape myrtles very happy. Because daylilies wait to bloom until June, this area can also support these sun-loving plants. However, I cannot grow chrysanthemums in the backyard because their period of bloom is in October when the sun is moving to its southeast position: The house casts too long a shadow over the backyard.

One March I planted a handsome climbing rose—‘Cécile Brünner’—against the fence in what in March is a sunny area. Now this rose is a reliable rebloomer but she only puts on a show for me in early April—and then she stops. She’ll grow long, spectacular canes but will produce no more flowers. What happened? I had forgotten to take into consideration my neighbor’s trees, which leaf out in April, blocking out the sun’s rays. ‘Cécile’ gets enough energy from the sun in February and March to put out the April blooms but from then on she is deprived of the much needed direct sunlight.

In planning our gardens it is essentially to keep this movement of the sun in mind. We need to know when our plants will bloom so we can give them the necessary sunlight eight weeks ahead of that bloom cycle. My north-facing backyard can support sun-loving plants provided they bloom between late May and late August. However, because the area is brilliantly lit during this period, the backyard cannot support shade-loving plants except for those that go completely dormant in the summer, such as hellebores.

So remember the movement of the sun: December 21 (winter solstice) has the sun beginning its long trek from the southeast rising to the northeast rising; March 20 (equinox) has the sun rising in the east; By June 21 (summer solstice) the sun is at its northeastern most point and is now reversing its direction; and on September 23 (equinox) the sun is again rising in the east and setting in the west. Remember this and you’ll find that it’s easier to accommodate and understand the needs of your plants—and that in the words of Martha “is a good thing.”