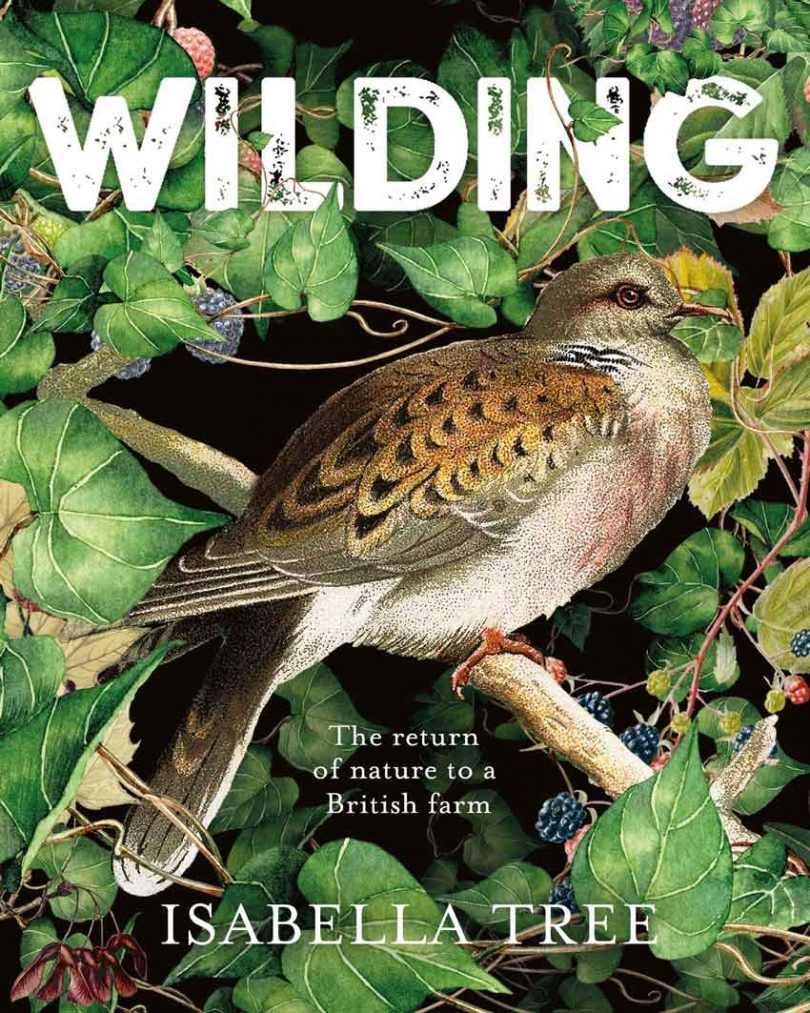 What would happen to our gardens or on a larger scale, farmland, if we just stopped tending to it? Dairy farmer Charlie Burrell did just that when he and his wife Isabella Tree “took our hands off the steering wheel”. “Wilding” is the resulting story of their farm, the Knepp estate in West Sussex, England. Across the Atlantic this story has many parallels for my garden.

A family farm, Knepp estate resides on heavy clay soil; England’s wet climate keeps the land waterlogged and less productive. As commodity farmers, the Burrells raced to balance governmental subsidies with mounting debt. They experimented with intensification, diversifying crops, and tourism-oriented farm offerings, but ultimately they auctioned off their livestock and equipment in 2000.

What happens next is a nearly two-decade experiment that made their family farm a “focal point for today’s most pressing problems: climate change, soil restoration, food quality and security, crop pollination, carbon sequestration, water resources and purification, flood mitigation, and welfare and human health.” Under author Isabella Tree’s deft touch this list doesn’t feel heavy. Quite the opposite, she takes her readers by the hand and leads us along their journey through a very different type of restoration project.

Am I being irresponsible if I step back and let nature run its course?

In Britain, and in this country, conservation projects often seek to preserve ecosystems in order to rebuild the numbers of a specific imperiled species. “Preservation” translates into trying to lock down a landscape and prevent change. At Knepp, Charlie and Isabella embraced change by introducing large grazing animals who had vanished from their region hundreds of years ago; these animals modified their environment in unexpected ways.

The cattle, horses, and hogs they introduced mowed down invasive plants and continually disrupted the soil, thereby setting off chain reactions benefiting invertebrates, fish, birds, and large mammals. She introduces us to “Sweet Face” and “Big Mama,” Tamworth pigs who, by digging up clods of mud, allow ant colonies to expand. These colonies draw in bird species that haven’t been seen in the region in decades. Such is the complex web of life that connects pigs to ants to birds.

Having animals on the land who are not treated with chemical de-wormers means their manure is not toxic to the dung beetles who tunnel through it carrying organic matter deep into the soil. The little beetles improved their soil where human activity had only degraded it.

While I won’t introduce anything larger than my dog into my garden, “Wilding” reveals basic questions about land management that apply to everyone who controls a patch of land regardless of its size. Am I being irresponsible if I step back and let nature run its course?

The lessons of  “Wilding” are worth a ponder as I watch my garden unfold this season and think about next year. Maybe it’s time for me to relax and see what Mother Nature has in mind for my little patch of heaven.

Lise Jenkins is a newspaper columnist and volunteers her time as a Durham County Extension Master Gardener. You can find her on Instagram @AbsenteeGardener.