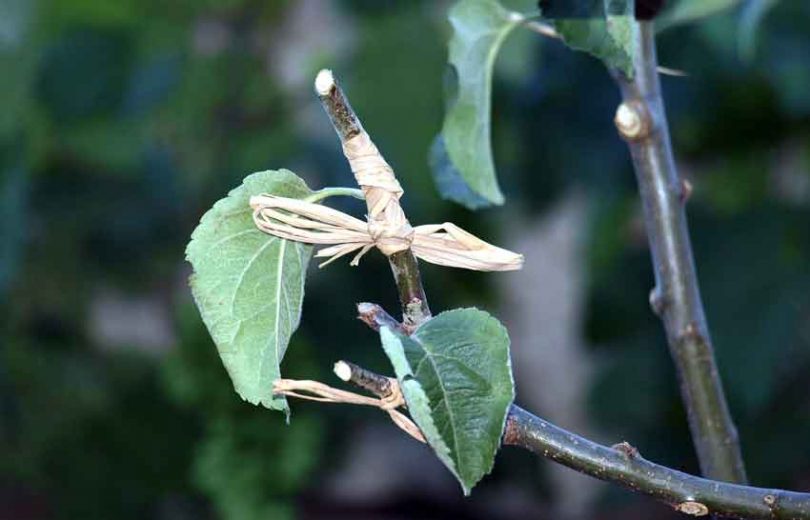 Many home gardeners come across plants that are grafted and wonder exactly what is it, and why are some plants grafted?
Grafting is a propagation technique that allows the parts of one plant to be joined to parts of another. The part from the original plant is called the ‘scion’ and the part that the scion is grafted onto is called the ‘rootstock’.

The technique of grafting is not particularly complicated, however timing, having the correct facilities, and aftercare can make grafting a skill beyond the level of most home gardeners.

Most grafting in this area of North Carolina is done in a greenhouse in the winter months of January and February. Hundreds if not thousands of grafts are often made taking less than five minutes each.

Why is grafting needed?

Some plants do not root very well from cuttings. If they do root, sometimes the root system is weak and the plant will struggle.

Growing plants from their seeds is another possibility but if you want the exact same variety of a particular selection, then growing from seeds is not feasible as the offspring will have mixed genes and the result will not be identical to the parent.

However, by grafting, we can make sure that the exact genetic material is attached to the rootstock. The rootstock is most often the same species of the scion. So for example, if you are grafting an ‘Ara Kawa’ Japanese maple, it would be grafted onto a species or seedling Japanese maple.

Sometimes a plant can be rooted from cuttings but grafting is still the preferred method of propagation. The reason is the rootstock, which is usually a year or two older than the scion, will make the scion grow very rapidly due to the more developed root system of the rootstock.

Sometimes grafts are made to bring a small miniature plant higher up off the ground so that it can be viewed better. This is called a ‘standard’. Other times, more than one plant might be grafted in an effort to fill out the plant or to have an interesting mix of related plants like a cocktail fruit tree.

What to look for in a grafted plant

If you purchase a grafted plant, look closely and you will notice a point of juncture. Often the bark will appear somewhat different. You may see a ‘V’ in the bark where the scion was joined to the rootstock. What is important to be on the lookout for is sometimes a young grafted plant will develop sprouts below the place where the scion was grafted. Often the rootstock is more vigorous than the scion and renegade shoots from the rootstock, if not cut off, will eventually overtake the desired scion. Sometimes you see this on weeping flowering cherries where the rootstock takes over the weeping top of the tree.

Other than this issue, which tends to slow down as the plant matures, there are no problems with growing a grafted plant. So the next time you are in the nursery you may appreciate what is involved and why it was done if someone mentions that the plant was grafted.

John Monroe was the owner of Architectural Trees, where he grafted hundreds of pines, Japanese maples and other specialty plants to grow at his nursery in Bahama, NC.