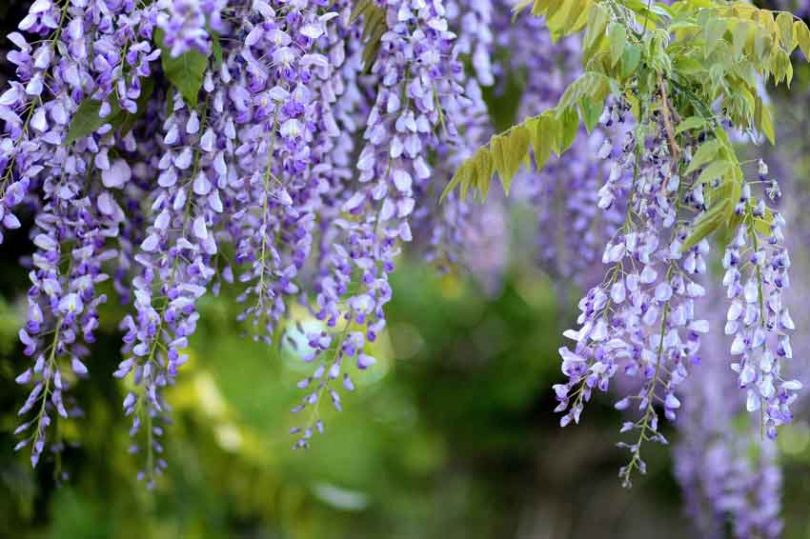 Invasive plants can actually be quite beautiful, and many are often barely noticed. Like a stealthy burglar slowly creeping through your home, taking whatever he wants, an invasive plant species finds its way into your garden, and before you know it, has overgrown your entire garden space.

On the large scale, invasive species are a constant threat to farmers across the globe. Without proper protection from herbicides, invasive species would grow unchecked across any available garden area or farmland. And, the use of herbicides presents another problem altogether.

The chemical ingredients in certain herbicides have caused some people to develop Parkinson’s Disease and cancer. Because of this, several herbicides have been removed from the market.

However, understanding the process of how invasive species affect our crops is the starting point for coming up with healthier and safer solutions to ridding our gardens of these encroaching menaces.

What Are Invasive Species?

Loosely defined, invasive species are simply plant species that are introduced to a region where they’re not commonly found and are able to rapidly grow and spread seeds.

Throughout North America, most of the invasive species we have were brought over by settlers from Europe and Asia. Once these plants found their way to a new home, they were able to grow quickly, stifling the growth of native plants and grasses. This not only creates less biodiversity, but it also reduces the ability for native plants to grow and flourish, ultimately driving them out altogether.

With this in mind, invasive species are the main cause of loss of biodiversity on a global scale. This creates the proliferation of monocultures which will ultimately cause native species to go extinct or become hybridized.

The bottom line is, invasive plants drive out native plants, and ultimately reshape the way local biological systems function, often not for the better.

Invasive species are often unaffected by the insects and bacteria of a foreign land. Whereas in their native habitat, they would be susceptible to the varieties of insects and other factors that would normally keep their growth in check.

In addition to the ability to be impervious to most natural threats, invasive species also have several traits which make them evolutionarily superior to their non-native regions. Often, these types of plants can alter their growth habits to suit their new region.

This ability to adapt to a wide range of environmental conditions, plus, a faster growth and reproduction rate, keep invasive species thriving and potentially causing major harm to the surrounding crops.

Invasive species come in all forms, many of which are probably familiar to most Americans. You might even recognize the following invasive species around your own home.

And, while many of these invasives might be aesthetically appealing or even quite fragrant, they still have the ability to cause native species to go extinct and cause several other problems.

If you live in the southern United States, or in some eastern states, you’ve probably seen the lush, light purple colored flowers of the Wisteria vine. These flowers, when in bloom, hold a sweet aroma that many people love.

Wisteria is more than just a pretty, creeping vine. It’s a silent killer of the surrounding area. Chinese Wisteria is known to kill neighboring trees and shrubs by girdling them and crowding out their ability to acquire sunlight.

The Wisteria vine also has the tendency to pry apart fences and to grow into the rafters of carports, barns, and proliferating onto roofs.

Common to the Great Lakes region, Japanese Barberry was introduced to the area in the mid to late 1800s. Since its introduction, this invasive plant has cultivated wetlands, forest regions and open fields, driving out many native plants.

The plant is thought to be responsible for changing the chemical composition of the soil in which it grows by creating a more alkaline environment. This has, in turn, caused many of the native plants around it to die out completely.

Additionally, many scientists believe that the Japanese Barberry plant is largely responsible for an increase in Lyme Disease due to the fact that ticks tend to thrive within these plants.

It’s best to know what type of plants are growing around your property. Though you might have what you consider to be a diverse variety of plants in your area, you might be allowing an invasive intruder to silently crowd out all of the plants which makes your space diverse and appealing.

Before planting anything, it’s best to understand what species are native to your region, and which to avoid altogether.