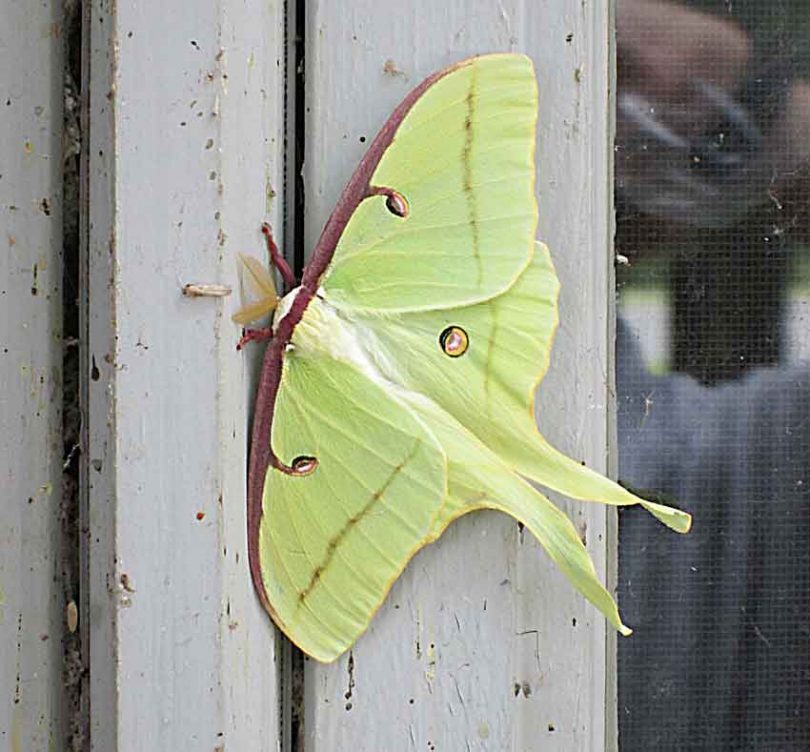 In the evening, the daytime bustle of the human world quiets down and many animals stir and begin to speak, some flowers open only at night, and the sky can be dramatic. Moths are one nocturnal aspect to consider inviting into a garden.

Moths come in a dazzling variety, from minute to gigantic. Many are intricately patterned and some have brilliant colors. Moths aren’t exclusively nocturnal or attracted to lights, some can’t fly, and not all caterpillars eat green plants.

Many exhibit remarkable behaviors. Moths and butterflies make up the order Lepidoptera (scale-winged), but there are a vast number of moths, more than 10,000 species north of Mexico versus about 765 butterflies (and a mere 460 birds that have been seen in the Carolinas). 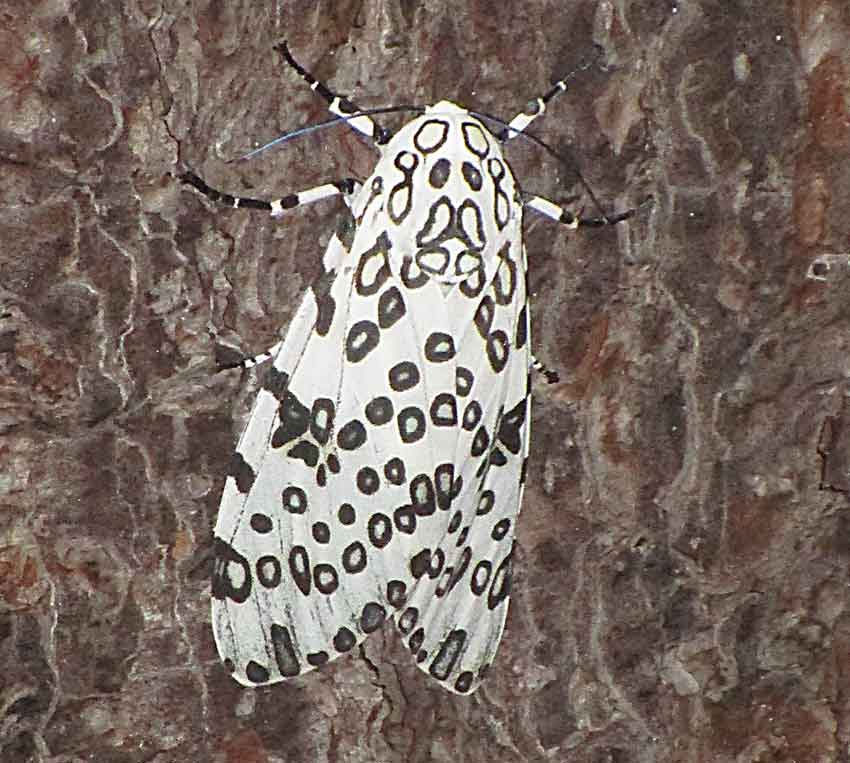 There actually isn’t a clear dividing line between moths and butterflies. As with familiar plants, many moths are partially or wholly referred to by their scientific name, though some have whimsical common names, such as The Asteroid and the inconsolable underwing. There is potential to make scientific discoveries with moths, since little is known about many species (and inaccuracies are common), such as their larval foods and distribution. Information is also needed about what eats them. There are related citizen science projects, such as Caterpillars Count! and Firefly Watch. And National Moth Week is in July each year.

Moths fly all year in our area of North Carolina, even when the temperature is in the 30s. The richest seasons seem to be late spring, early summer, and late summer. Many come out shortly after sunset, but various species fly at different hours.

Besides observing moths on flowers, they can be attracted by lights and by painting bait on trees. UV light also attracts moths and can reveal caterpillars. Freshly metamorphosed females can be used to attract males of specific species. Other insects can also be attracted by lights, ranging from delicate, dragonfly-like adult antlions (and sometimes actual dragonflies) to stag beetles and superlative Hercules beetles.

The Peterson Guide to Eastern Moths and the Princeton Guide to Caterpillars covers several hundred species and their larval foods. The Golden Guide to Butterflies and Moths is simple but covers many species. There are also websites and Facebook groups.

How to Attract Moths to the Garden

An important consideration for moths is planting larval food plants. A diversity of native plants is best. Or plant for specific moths, though a moth’s preferred food might vary geographically. Also, note that some adult moths don’t eat,

Geometers or inchworms often eat a wide variety of trees. Black cherries feed many inchworms, tentworms, Io moths, and others. Blooming peaches, apples, and similar fruits are beautiful, and the famous pepper-and-salt geometer moth plus many others eat apple foliage. Many feed on hickories, oaks, tuliptrees, birches, locusts, elms, and blueberries. Caterpillars sometimes defoliate plants, but the plant usually recovers.

Droppings (frass) can reveal caterpillars hidden in the treetops, such as big green luna moth caterpillars in sweetgums. American persimmon is a host plant for some moths and the fruit attracts late-season butterflies, wasps, and birds during the day, and opossums, raccoons, foxes, and deer at night, as well as being tasty for us.

Some moths like vegetables. Five-spotted hawkmoths and Carolina sphinxes are large, fast-flying moths that can eat tomatoes as caterpillars (being tomato and tobacco hornworms, respectively) plus there are squash vine borers and dayflying wasp mimics.

Catalpa sphinx moths feed on showy catalpa trees as hornworms, while pandorus, hog, and other sphinxes can eat Virginia creeper. I’ve seen snowberry and hummingbird clearwing hornworms eating Japanese honeysuckle and ornamental Viburnums, but they probably prefer native species. I was surprised to find a rustic sphinx hornworm eating Chinese privet. I would like to see a Cynthia silkmoth introduced with Ailanthus for sericulture.

Weeds such as plantains feed great leopard moths and woolly bears (Isabella tiger moths). Sometimes moths drink dew or water from hands, though care should be taken with skin chemicals if insects are handled.

Flowers attractive to butterflies may also attract moths. One September I visited the Atlanta area, where ubiquitous yellow lantanas attracted red-orange Gulf fritillary butterflies, which are rare around the Triangle, that were then replaced by hummingbird moths after sunset. Buttonbushes usually found near water but able to grow in upland gardens, are very attractive to butterflies and attract moths and other insects at night, as well as hunting green treefrogs. Other flowers include Abelias, butterfly bushes, milkweeds, ornamental Nicotianas, and phlox. Yarrow is both a nectar and host plant for moths, though moth-pollinated flowers tend to be pale, fragrant, and dense.

Many moth caterpillars spin cocoons in which to pupate, while others dig into the ground, such as hickory horned devils, rosy maple moths, and oakworms. Some even bore into wood, such as various dagger moths. Fallen leaves are important because some species attach their cocoons to leaves that fall in the autumn, including tuliptree and polyphemus moths, while the cocoons of related promethea and cecropia moths remain on the twigs.

A nocturnal garden could also include housing for bats, owls, and even chimney swifts. Nocturnal Southern flying squirrels live in hollows, reportedly peering out if their tree is tapped. Overwintering lepidopterans might move in as well into your nighttime garden.

Michael Pollock is a freelance writer who gardens in Durham. He has written for publications such as Carolina Gardener, The News & Observer’s Durham News, Chatham County Line, and Carrboro Free Press.