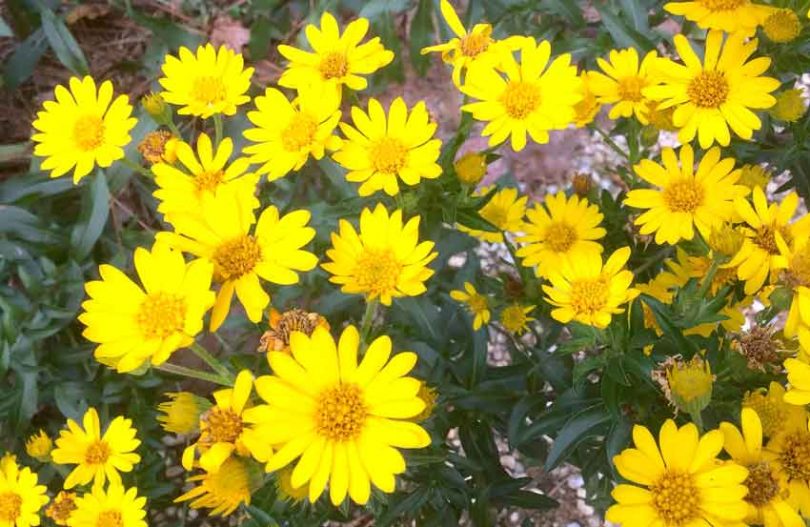 North American native plants have been making their way into horticulture and gardens since at least 1783 when Philadelphia’s Bartram nursery published their first “catalog,” a list of 220 trees, shrubs, and herbaceous plants they were offering for sale.

William Bartram traveled extensively in the Southeast collecting specimens for propagation at his family’s nursery. William’s finds included many regional treasures still in gardens today such as oakleaf hydrangea and bottlebrush buckeye. One discovery, Franklin tree (Franklinia altamaha), has never again been located in the wild, but descendants of the original plant still flourish in gardens.

Today, North American botanists continue to explore and discover unidentified species, while botanic gardens and other institutions propagate and trial native plant species to select those suitable for gardens. Responding to the demand for plants that have co-evolved with our pollinators, local garden centers and nurseries offer an ever-increasing variety of native species. Nevertheless a number of native plants that I consider cornerstones of my garden are not readily found in the horticultural trade.

Almost 25 years ago, I began removing the English Ivy that covered most of our heavily shaded front and side yards. I was amazed to find a small-leafed, low-growing evergreen groundcover emerging in the areas cleared of ivy. The plant was a new and exciting discovery to me, prompting my continued interest in Southeastern native plants; however, my husband knew it as a common plant his mother called “Turkey Berry.” Later I learned the plant’s more widely used name, partridgeberry (Mitchella repens). Both common names refer to the bright red berries that follow twin white flowers in spring. It’s hard to imagine this tiny groundcover could be in the same family as gardenias unless you get close enough to smell the flowers.

Where to Find Native Plants

An excellent avenue for learning about native plants already growing on your property and for acquiring new plants is membership in the North Carolina Native Plant Society. Local chapters organize outings to natural areas and statewide meetings include plant sales and swaps. While no one should be collecting plants in the wild as in Bartram’s day, NCNPS members have opportunities to participate in organized plant rescues from areas slated for development. 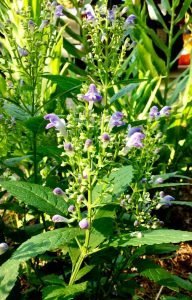 Gardeners can take advantage also of public garden plant sales as a source for hard to find natives. Two plants topping my list of “hard to find natives that should be in every garden” came to me through the North Carolina Botanical Garden in Chapel Hill. Each year the NCBG partners with the Garden Club of North Carolina to name a North Carolina Wildflower of the Year. I cannot imagine gardening without two of those winners. Selected in 2014, Hoary Skullcap (Scutellaria incana) starts producing its icy blue flowers as the summer heat peaks and other flowers start to fade. It continues blooming into fall, thriving in my full sun border without irrigation. The plants seem to buzz all day with bumblebees crawling in and out of their helmet-shaped flowers.

Last year’s winner, Maryland golden aster (Chrysopsis mariana), produces a mass of bright-yellow, button-like flowers from August to October. The flowers are welcome when they arrive, but the plants are an attractive feature throughout the growing season with blue-green foliage and a neat, mounding habit. Golden aster is easily grown, tolerating clay soils, in sun or part shade. I added Golden Aster to my garden by propagating it from seed I acquired from NCBG’s annual seed distribution for members.

Gardeners in our area are also fortunate to have local growers who feature or specialize in native plants and some private gardens that feature open days with plant sales. Two stalwarts in the least hospitable spots in my garden have come from these sources. 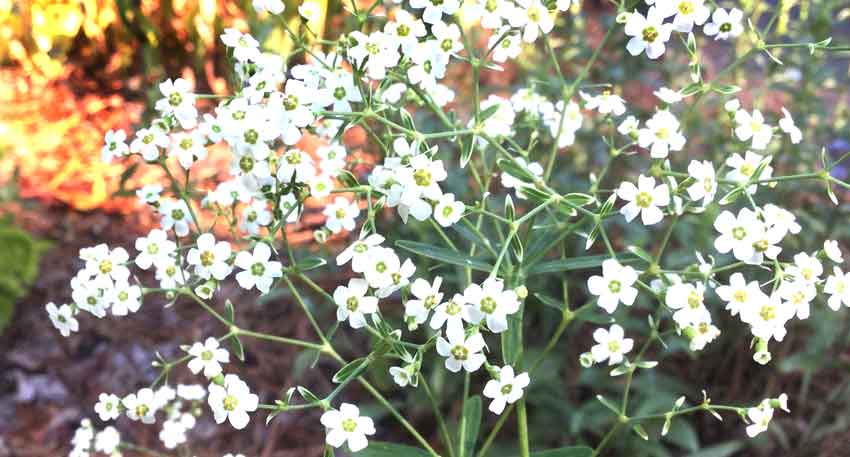 Flowering spurge (Euphorbia corollata) occurs naturally from New England west to Minnesota and south to Florida but is rarely encountered in gardens. While it lacks an appealing common name, flowering spurge offers just about everything else a gardener could ask for: the ability to thrive in sun or part shade, drought-tolerance, flowers from April until September, and brilliant fall color. The tiny, starkly white flowers look cool on the hottest days of summer. Euphorbia stems contain a milky sap, so typically they are not browsed by deer.

I first encountered yellow sundrops (Calylophus serrulatus) during a visit to Montrose Gardens in Hillsborough. Though native to more western states, this plains species is closely related to our local sundrops (Oenothera fruticosa). Yellow sundrops forms a low-growing, shrubby mound with needle-like bright green foliage. A flush of brilliant yellow flowers in May is followed by sporadic blooms throughout summer. An annual cutback in late winter to keep the plant in bounds is the only maintenance required. Their extended season of bloom and year-round presence make yellow sundrops a must-have for my sunny and dry front border.

I recently saw a selection of Calylophus serrulatus called ‘Prairie Lode’ on a Virginia wholesale grower’s availability list. While I’m excited to see more hard to find natives become widely available, I am grateful to live in North Carolina that has other unique sources.