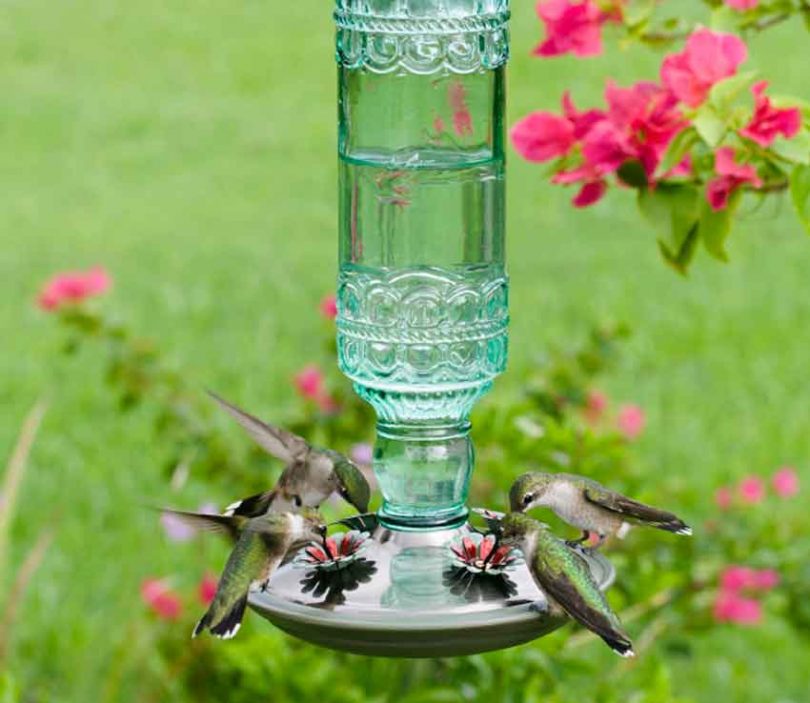 Did you know, the Ruby-throated Hummingbird was not known to the first Europeans arriving to the New World? This tiny creature puzzled them. Christopher Columbus wondered if the migrating hummingbird was a cross between a bird and an insect, then referred to as flybirds.

The Ruby-throated Hummingbird is our migratory bird: the only one in our region. The Rufous is in the Pacific Northwest, the Black-chinned in Texas, New Mexico, and up through Nevada; and the Anna is along the California coast. I once saw an Anna Hummingbird in the Outer Banks of North Carolina. Most definitely, it must have caught the jet stream.

These tiny creatures are interesting in so many ways. Do you know they weigh less than a nickel, at its heaviest? They may be small, yet their presence is big. While they seem tame, and may even come up to you if you’re near a feeder, they will fiercely defend their territory at any time of the year, not just during nesting time. You see, plants only provide so much nectar in a day, so if a hummer finds a good patch of plants, they will defend it. Less energy is needed to defend a source then it is to find a new one.

Hummingbirds hover in midair to feed on flowers and feeders, and they are the only birds that can fly backward. Their wings move in a figure-eight pattern that allows them to maneuver with ease.

You won’t see a flock of Hummingbirds, as they are solitary migrants. Most Ruby-throated Hummingbirds spend the cold months between southern Mexico and northern Panama.

It is generally thought that Hummingbirds sense changes in daylight duration, and changes in the abundance of flowers, nectar, and insects. Instinct also plays a role in making the decision to migrate.

To support this high energy level, a Hummingbird will typically gain 25 to 40 percent of their body weight before the start of migration in order to make the long trek over land and water.

Hummingbirds fly by day when nectar sources are more abundant. Flying low allows the birds to see, and stop at, food supplies along the way. They are also experts at using tailwinds to help reach their destination faster and by consuming less energy and body fat. Research indicates a Hummingbird can travel as much as 23 miles in one day.

Ruby-throated Hummingbirds depart for Central America in early fall, with many crossing the Gulf of Mexico in a single flight. To accomplish this incredible migratory feat, they feast on nectar and insects and double their body mass, from the weight of a penny to the weight of a nickel.

Ruby-throated Hummingbirds have the largest breeding range of any North American hummer.

The spring migration can be hard on the Hummingbird population as they move north from their winter homes in southern Mexico and Central America. Stops along the way may be for a few minutes, or a few days at more favorable locations with abundant food supplies; and remember food is non-existent over the open waters. Strong cold fronts moving south over the Gulf of Mexico make flying difficult as the birds deal with headwinds and heavy rain, over long distances with no shelter.

Ruby-throated Hummingbirds feed on the nectar of red or orange tubular flowers such as trumpet creeper, cardinal flower, honeysuckle, jewelweed, bee-balm, red buckeye, and red morning glory, as well as at hummingbird feeders. As you probably know by now, you do not need to use red-colored sugar water.