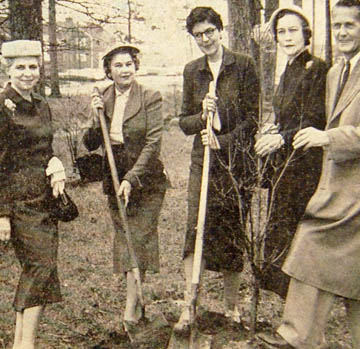 The Raleigh Garden Club celebrated its 85th anniversary in 2010, proud to be an influential force in Raleigh over its long history. From east to west, and north to south, the Club has affected nearly every part of Raleigh from planting trees and installing irrigation systems to our very own individual gardens. 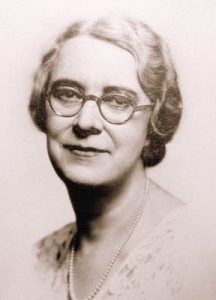 Back in 1924, a rather shy young Raleigh reporter, Miss Susan Iden, wrote such stimulating articles about the gardens she knew that a demand was created for a get-together of gardeners. Iden wrote, “If there is one thing that a gardener likes to do better than garden, it is to talk over garden problems and joys with another gardener.” When an invitation to meet was called for Friday, March 13, 1925, the Raleigh Garden Club was organized on the spot.

There have been changes in the club over the year, but a lot has remained the same. From the very first year, the Club has provided education, support and camaraderie to all gardeners. And since day one Club projects have centered on our greater Raleigh community.

Those projects have changed with the times. The 1929 contest for Improved Filling Station Appearance makes us chuckle today. But think of it: cars were brand new. Gas smells were infiltrating neighborhoods for the first time ever!

In the 30’s a lot of effort went into planting the barren new interchanges as the highway system was being built. 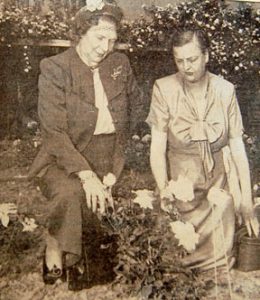 Victory gardens for food took precedence during the War years, but then the focus returned to Raleigh’s public spaces. The club donated plants and labor to complete the Raleigh Rose Garden at the Little Theatre in association with the Raleigh Rose Society and others. The reclamation of Moore Square as a new park was another big project that lives on today.

Two Jumps Ahead of the Bulldozer was the first club project for relocating native plants. Hundreds of these were saved and moved into Hymettus Woods Nature Park in the early 60’s. 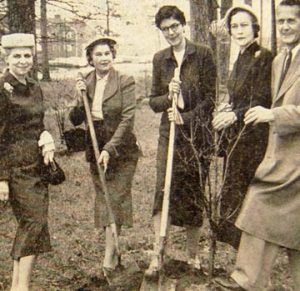 Today our projects address carbon footprints, wildlife habitats, and scholarships for horticulture study, but we continue to impact the greater Raleigh community. We still garden in our zone 7B Southern traditions to make our community a better, higher quality environment and to keep the greater Raleigh area a city of gardens and gardeners.