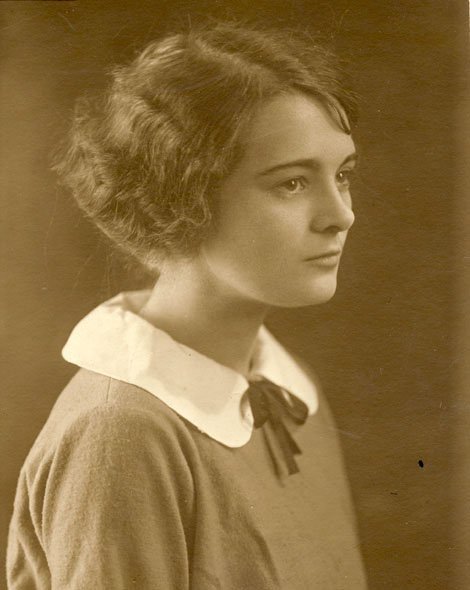 Elizabeth Lawrence (1904-1985) was the quintessential southern gardener and one of the best garden writers in America.

She was the first female graduate of the landscape design program at what is now N.C. State University.  She graduated at a time in the mid-1930s when there was little work for landscape designers, especially women in the South.

Lawrence was old-fashion if the phrase means she did most of her own raking, digging, weeding, and planting, and she was a modernist if the word means she was always open to new ideas. She was also practical about cutting her losses—if plants are “miffy,” she observed, “let them go.” 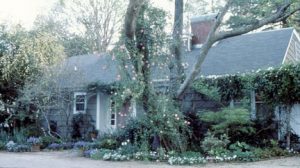 She used her garden as a laboratory, first in Raleigh, until 1948; and the second half of her gardening life in Charlotte, where she tried every kind of plant she could get her hands on, acquired through nurseries and exchanges with hundreds of gardeners in all parts of the country.

With her first book, A Southern Garden, published in 1942 and still in print, she wrote in a clear and sometimes lyrical prose style about the names, origins, and preferences of plants—an essential guide still today.  If you want to know about a plant, check the index of her books and you’re likely to find excellent advice. If you want to sit down and relax with a good book, read a few of her sentences aloud (she knew Latin and French).

Her second books, The Little Bulbs (1957) and Gardens in Winter (1961), became favorites with her growing fan base, but nothing gave her and her readers more pleasure than her Sunday columns for the Charlotte Observer.  Many of these columns were posthumously collected in Through the Garden Gate and Beautiful in All Seasons.

Educated at St. Mary’s School in Raleigh and at Barnard College in New York City, Lawrence loved family, the Episcopal church, friends, and living at home most of her life with her widowed mother, Bessie, who was equally passionate about Lawrence’s garden.

Lawrence’s Charlotte garden is maintained by Wing Haven Gardens and Bird Sanctuary as a project of the Garden Conservancy and is open to the public.  Her former home and garden at 115 Park Avenue in Raleigh is gone and now the site of a fraternity house on the campus of NC State University. 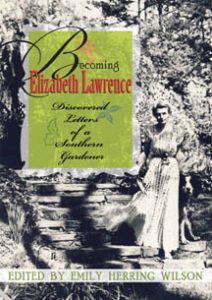