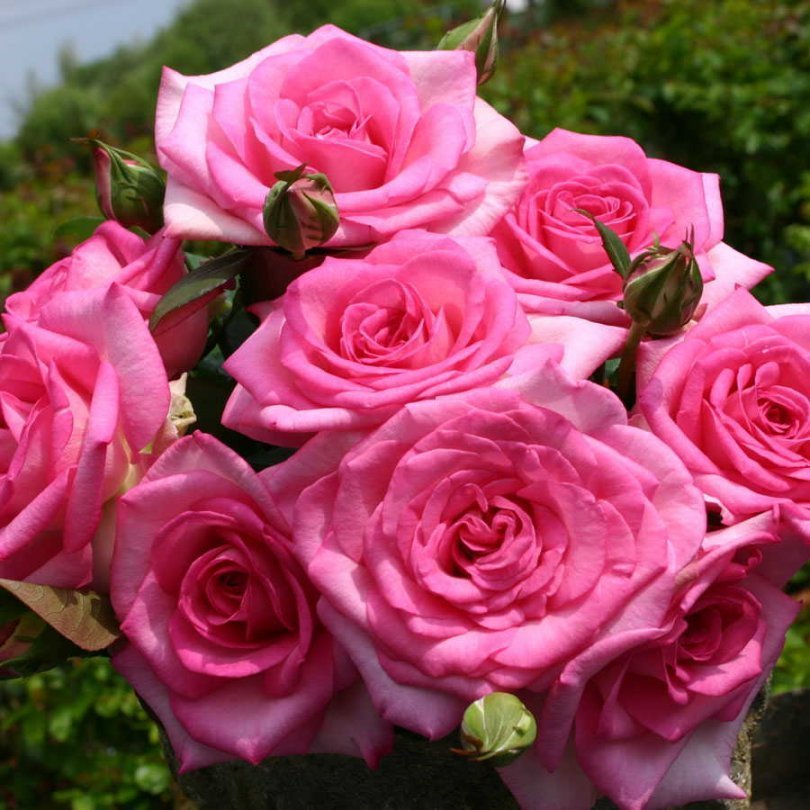 With spring here, it is time for gardeners to get back outside and start cleaning up the garden and preparing for new growth. This spring cleaning should include pruning any existing rose bushes, but many gardeners are afraid of marring their roses. So here is a breakdown of the why, when, and how to prune roses.

• To reduce the volume of stems that the root system needs to support.
• To clear out dead and diseased wood, stopping the progression of this disease.
• To open up the center of the plant, encouraging good airflow (and thus inhibiting fungal growth).
• To keep the shrub compact enough to fit in the space available to it.
• To train the shrub to grow strong outward-facing canes.
• To remove any “suckers” that might grow at the base of grafted roses.

Throughout the bloom season, deadheading consistently to prevents disease, clean up the appearance, and encourage rebloom.

In late winter/early spring, before growth begins again, it is time to do heavier pruning.

In a rose’s first year, as it becomes established, a much lighter pruning is recommended.

Before pruning, shears should be sterilized so that they do not spread any disease.

All cuts should be about ¼-inch above a bud and sloping away from it so that water does not collect on the bud.

In large, well-established rose bushes, the top branches must be removed first to allow access to the canes.

Next, simplify the shrub’s architecture. Remove canes that cross each other or crowd the center of the plant. Also remove the thinnest, weakest canes—for a mature rose, a good rule is to cut out canes that aren’t at least pencil-thick.

Remove any and all “suckers” by pruning them down to the ground.

Generally, prune the shrub to half of its original size. In the first year, while the plant is still establishing, it should require a less severe pruning.

If the wood has dark spots (dieback) showing after a prune, keep trimming down until a clean white pith is visible.

Don’t be shy—a healthy rose bush can bounce back from even a quite severe pruning.

These are general guidelines for all types of rose bushes. For more specifics on how to prune Floribundas, Hybrid Teas, or Climbing Roses, visit www.waysidegardens.com.