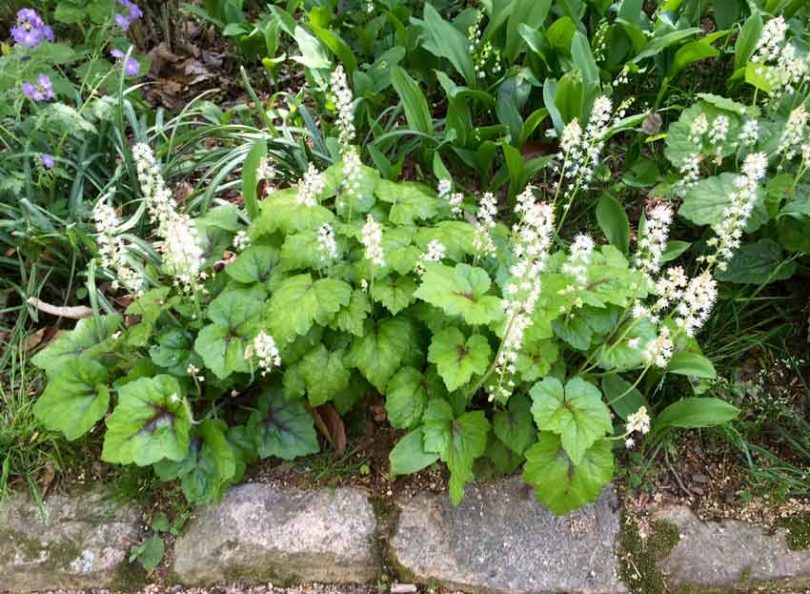 People often tell me that they would happily add more southeastern native plants to their landscapes if they knew where to find them. The good news for these and like-minded gardeners is that a number of versatile native plants are sitting on the shelves of their local garden centers. Even more good news is that many of these natives, both straight species and cultivars, not only benefit wildlife, they also help gardeners create more self-sufficient gardens that are easier to maintain.

Native Plants for the Garden

Creeping phlox (Phlox subulata), seen blooming in March at local nurseries and garden centers, is a North American native that has been grown in gardens for so long that few remember its wild origins. In cultivation since the 1700s, many colors and varieties of creeping phlox were available by the mid-1800s. A drought-tolerant, evergreen groundcover rarely browsed by deer, creeping phlox asks little of a gardener beyond shearing back after flowering to keep it tidy and dense.

Blue-eyed grass (Sisyrinchium angustifolium), which isn’t a grass at all, but a member of the Iris family, is a charming edging plant for sun to part sun. The most commonly available cultivar ‘Lucerne’ was found growing in a nursery in Switzerland, creating confusion about its native origins. Blue-eyed grass grows wild from Newfoundland south to Texas. A more recent introduction to horticulture, ‘Suwanee’ is a blue-eyed grass selection found growing along the Suwanee River in Florida. Blue-eye grass features dainty blue flowers with golden throats and silvery foliage. Like Iris, blue-eyed grass does not appeal to deer.

Yellow wild indigo (Baptisia sphaerocarpa), whose natural range includes Arkansas into Texas, is also a good choice for Triangle gardens. As its name suggests, this perennial features bright yellow flowers. ‘Screaming Yellow’ is a selection with intensely colored flowers and a compact habit suitable for smaller gardens. Both baptisias are nitrogen-fixing plants making them good choices for areas with poor soil. 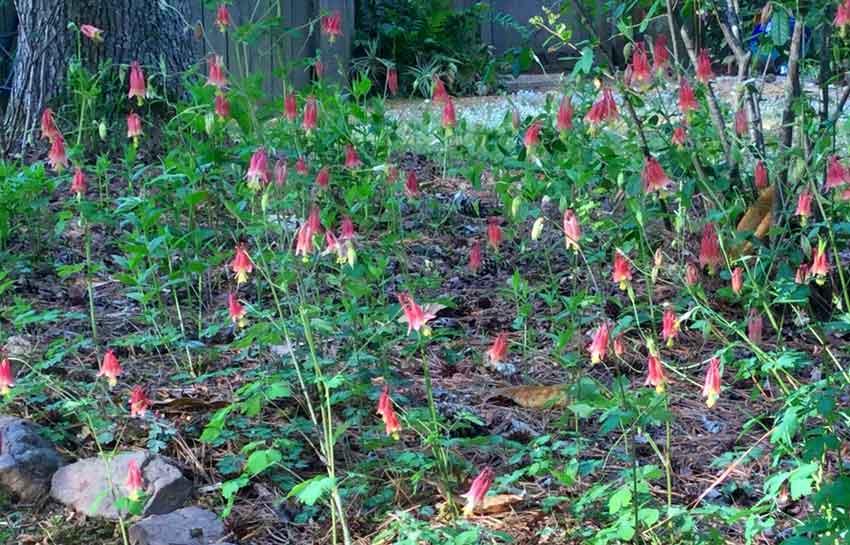 Gardeners dealing with dry shade can take advantage of red columbine (Aquilegia canadensis), another native of the Eastern United States that has been cultivated for centuries. Red columbine grows and blooms in shade or sun. The bright red and yellow flowers provide nectar for hummingbirds. Red columbine is very well adapted to our southeastern climate. In drier, sunnier spots, plants may go dormant in summer then put up fresh wintergreen foliage when the weather cools.

In moist, higher pH soils red columbine may be short-lived and can reseed aggressively. Red columbine is at its best in a woodland setting where it can scatter itself as an accent. Deer rarely eat red columbine during the growing season; however, in areas with heavy deer pressure, it may be browsed in winter.

Foamflower (Tiarella cordifolia) is another widely available southeastern native rarely sampled by deer. Foamflower makes an excellent evergreen groundcover for the shade that is topped in spring with white to pale pink flowers befitting the common name. Foamflower rarely needs dividing, but tired or damaged foliage can be trimmed to improve appearance. Tiarella cultivars such as ‘Fancy Trails’ and ‘Running Tapestry’ feature foliage with darker markings or deeper colored flowers than the species.

As enthusiasm for native plants has grown, the number and variety of native cultivars on the market have rapidly increased. These introductions make it easier to increase the number of native species in our gardens, but there is some controversy over their use in gardens designed to support ecological diversity. Some ecologically focused gardeners, doubtful of cultivars’ usefulness to pollinators and other wildlife, avoid using them altogether. However, until recently very little research was done on the eco-benefits of native plant cultivars versus native species.

Research done with native perennials and cultivars at the University of Vermont over the past decade indicates that many native plant introductions are as beneficial to pollinators as the wild species. However, cultivars that were greatly altered in bloom form or time from the parent, as is the case with some echinacea cultivars, were, in fact, less attractive and useful to pollinators.

With research on native plant cultivars ongoing at institutions including the Mt. Cuba Center in Wilmington, Delaware, and the Chicago Botanic Garden, gardeners can stay informed and feel confident about welcoming these easy-to-grow and readily available native plants to their landscapes.

Results of cultivar research conducted at the University of Vermont:
https://pollinatorgardens.org/2013/02/08/my-research/

The Mount Cuba Center has been researching North American native plants and introducing selections and cultivars since the late 1980’s: www.mtcubacenter.org

Gardeners can learn more about the Chicago Botanic Garden’s research and/or sign up for their citizen science project at www.budburst.org.