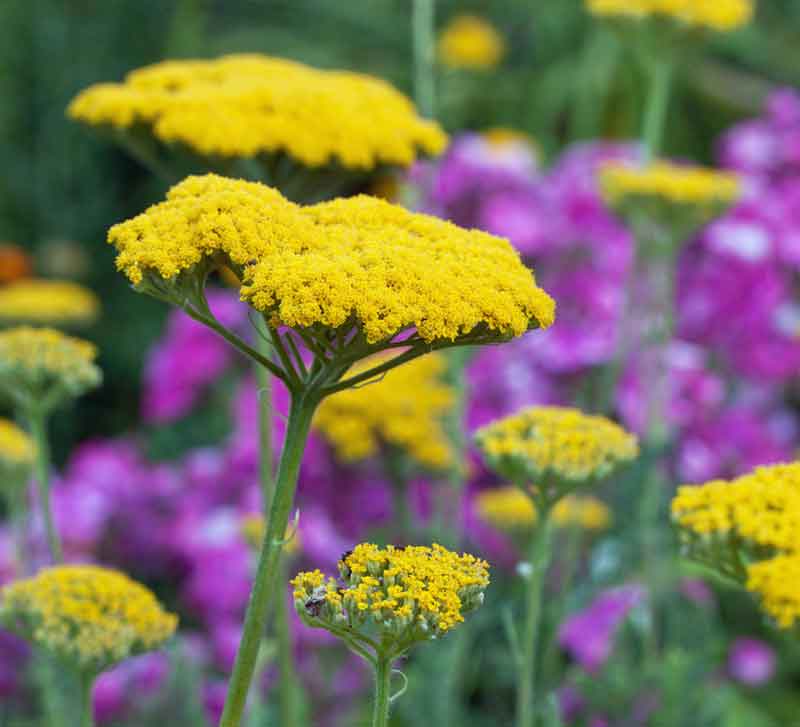 It never ceases to amaze me that after I go on a wild planting spree in the spring, I seem to go on an equally mad tear of ripping plants out of the garden in the fall. In the fall a plant suddenly enters my consciousness, announcing its ungainliness—where did it come from?

Chances are it isn’t a weed. While I sometimes describe my garden as “organized chaos,” I am a vigilant weeder. Able to detect a tulip polar seedling or pokeweed from far away, I can honestly say that my garden is pretty weed-free.

There are four reasons why my gardening consists of so much plant removal. That old adage pertaining to perennials is true. The first year I plant them, the second year I vaguely wonder if they will make it, the third year I say yes—and frequently then put them out of my mind as I tend to the fussier plants such as the roses. Then all bedlam breaks out and that perennial, which had seemingly behaved, suddenly goes berserk.

Recently I had a plant—I think it was a solidago but I’m not sure—that decided to cover a lovely lacecap hydrangea. This occupied a rather obscure corner of the garden. Whenever I saw it I would think that I would probably have to do something with it and then it would vanish from my mind. This inertia left me so I yanked it out.

The second reason is that gradually there are plants we simply get tired of. Ruellia fell into this category. I found myself thinking that the flowers didn’t warrant keeping it around. It was residing on valuable real estate that could be put to better use.

Colocasia esculenta ‘Ruffles’ also fell into this category. This is a super colocasia that adds drama to the garden but it was growing partially under the rose ‘Peggy Martin’, a rose that truly is a showstopper. I decided two showstoppers in one area, competing with one another was one showstopper too many, so out came ‘Ruffles’.

The third reason for fall plant clearance is this: Few if any of us read the actual dimensions of a plant or shrub. That cute little spirea really will reach five feet in diameter, covering all those plants you neatly placed around it when it was young. Theoretically there are smaller loropetalums—but I have never found one. Not only do loropetalums grow and grow but they also manage to turn a muddy color by the end of summer. So out goes my last loropetalum.

Spireas always manage to fool me. Now I’m partial to spireas but it takes a good three to four years before they decide to grow wide. I happen to have a fondness for spireas so I prune them rather heavily in the fall in an effort to give the struggling perennials planted around them some breathing room. I know I should refrain from fall pruning but the spireas always seem to survive this cruel treatment.

The last reason for the garden rip out is that frequently we overplant a plant we love at the moment. For instance, I fell in love with Phlox paniculata ‘John Fanick’ and ‘Robert Poore’ and managed to plant a lot of it. All went well except in one place where it needed staking and wanted to overtake a rather small rose. Now in my world, plants that need staking—I loathe staking—and have the temerity to overtake an innocent rose are no longer welcome in my garden so out it went.

If you look carefully at these four reasons, you’ll quickly surmise that I have no one to blame but myself. If I researched my plants carefully, if I managed to rein in my enthusiasm for a particular plant, and if I planted with future dimensions in mind, I might have a restful autumn. Will I change my habits? I suspect not but I have vowed this: no more loropetalums in my garden.