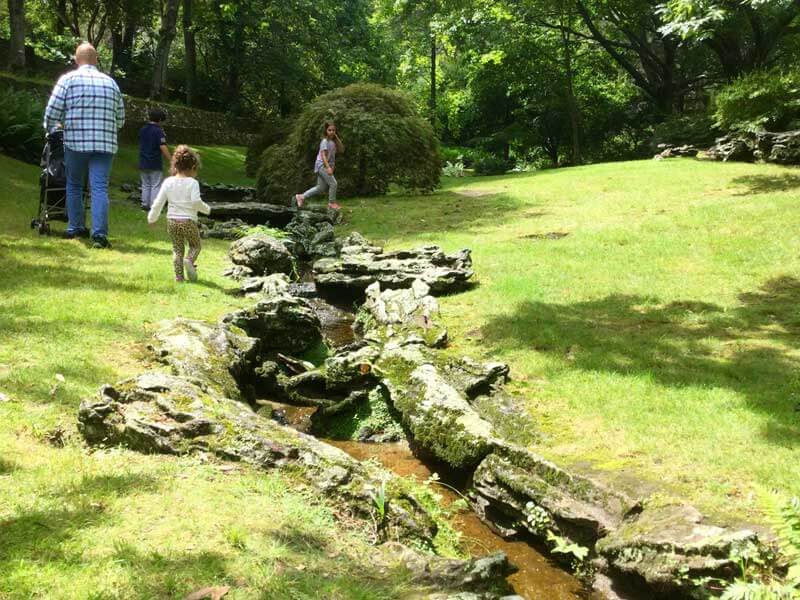 Until this year my only association with the word “Everglades” was the wetlands in South Florida. I also thought no other country celebrated its national holiday on a day hotter than our 4th of July. I learned otherwise in both cases last January when I traded a few weeks of winter for the height of summer to visit a friend down under in Australia.

Australia Day, January 26, commemorates the 1788 arrival of Captain Arthur Phillip at Sydney Cove and the beginning of Britain’s colonization of the continent. As here, the national holiday is marked with patriotic speeches, family picnics, and fireworks. Large crowds gather on the lawns of Parliament House in Canberra for the announcement of “Australian of the Year” awards.

My friend and I left the crowded, hot, and humid capital behind and drove north to Leura, a town in the Blue Mountains of New South Wales. Known as the “Garden Village,” Leura could easily be mistaken for a town in France where even the most modest homes feature a charming garden. We were there to visit the crown jewel in this village of gardens—Everglades Historic House & Gardens, one of Australia’s top heritage gardens. Since that visit, to me “Everglades” denotes absolute perfection in unifying a garden both with the home it surrounds and with the natural community surrounding the garden. 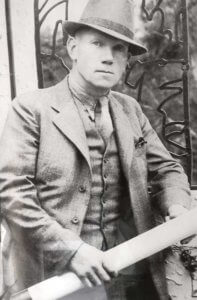 After the development of train service in the late 1800’s the Blue Mountains became a popular summer destination, where the wealthiest “Sydneysiders,” as the locals call them, built elaborate vacation homes. The Blue Mountains climate made possible European-style gardens with plants unsustainable in other parts of Australia. That trend continued in 1933 when Henri Van de Velde, a successful manufacturer, set out to make a garden surrounding his Art Deco home on a 13-acre site known as Everglades.

Van de Velde enlisted the aid of Paul Sorenson, a local nurseryman and garden designer, to help him create and develop his garden. Formal plans were never drawn for Everglades, but for 15 years the two men worked together closely on every detail of its structure and plantings. 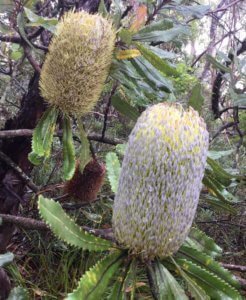 The site was extremely steep and had been badly damaged in a bush fire, but those negatives were outweighed by spectacular views of Jamison Valley and the surrounding native forest. Sorenson used ironstone dug on the site and employed scores of local workers to create miles of retaining walls and terraces down the steep slope.

Sorenson was ahead of his time in both his use of indigenous materials and native plants such as Old-man Banksias (Banksia serrata) in his designs, but he wasn’t averse to using exotics. He and Van de Velde sought out trees and shrubs from around the world for Everglades. One of the garden’s most prized specimens is a Tulip Poplar (Liriodendron tulipiferum), a Southeastern U. S. native tree found in many Triangle-area back yards. 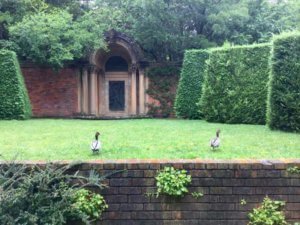 In spite of its formal structure, Everglades has a playful feel. The inner courtyard features a comical depiction in wrought iron of Van de Velde and his misbehaving terrier. The garden also contains a Garden Theatre, still used for performances, with tall clipped hedges that form the “wings.”

Open 363 days each year, Everglades is touted as a “garden for all seasons.” The late-winter bulb show begins in August and September, followed by azaleas and other spring flowers. Views from the tearooms to the terrace outside make even a rainy day visit worthwhile.

Gardening is said to be “the slowest performing art.” Like theatrical performances, most gardens are ephemeral, rarely outlasting their creators. Everglades passed through several hands after Van de Velde’s death in 1947. Australia’s National Trust acquired the garden in 1962, and Sorenson, who had continued a successful career in landscape design, returned to oversee the garden’s restoration and construction of the Watercourse. Sorenson was active periodically in the garden until the mid-1970’s and both his son and grandson have worked at Everglades.

Conditions change over time, plants come and go, and gardens have to be remade. But a well-crafted garden can evolve yet keep its spirit and inherent character. Everglades is living proof.
—-