Being able to distinguish different kinds of trees is an important skill gardeners should develop. Knowing a species’ identity can help reveal more about its roles in an ecosystem. In a horticultural context, diagnosing problems and making management decisions begins with correct species identification.

For more common plants, you probably identify many of them by comparing a specimen to a mental image, often with some combination of leaf shape and/or flower form. With enough validated observations, this can be an effective method, especially at the genus level. Distinguishing among species within a genus, however, may require a more discerning eye, as the differences among species can be quite subtle. In floras and keys, botanists use many precise descriptors of plant morphology, such as leaf shape, leaf arrangement, leaf margins, and the number and shape of flower structures.

But what happens when you want to identify a deciduous tree or shrub in winter when leaves have dropped off and flowers or fruits may not be present? Not to worry – botanists have described morphological features present on dormant, woody trees, and shrubs, too. With a good dichotomous key and a hand lens, the relatively narrow set of terms can make identification an easy and fun way to appreciate nature in winter. Let’s explore some of these diagnostic characters and some useful tools to aid in winter tree identification.

When deciduous species shed their leaves in autumn, a leaf scar is left on the twig at the point of abscission. The arrangement of leaves on the stem reflects the arrangement of leaf scars. Leaf scars can therefore be arranged in an alternating pattern (with one leaf scar per node), opposite one another (two per node – Fig. 1), or in a whorled pattern (three or more per node). The shape of leaf scars is also worth noting. Some have raised edges, while others might appear sunken into the stem. 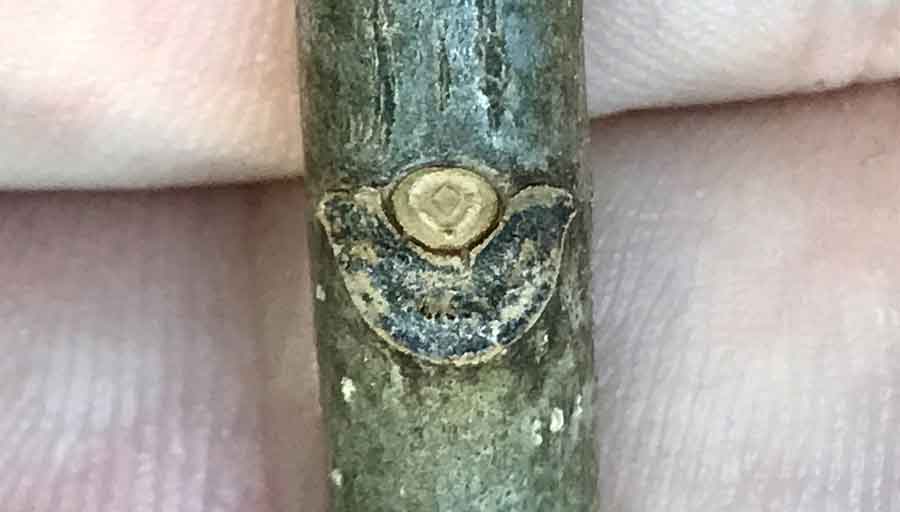 The leaf scars of American Ash (Fraxinus americana) are heart-shaped, with the buds in notches at the top of the leaf scars (Fig. 2).

Plants transport food and water in vessels of tissue (phloem and xylem) grouped together as vascular bundles. On leaves, these appear as veins, usually converging at the midrib and into the petiole, connecting to other vessels in the stem. After leaf abscission, the scars of the vascular bundles (also called bundle traces) are visible within the leaf scar. 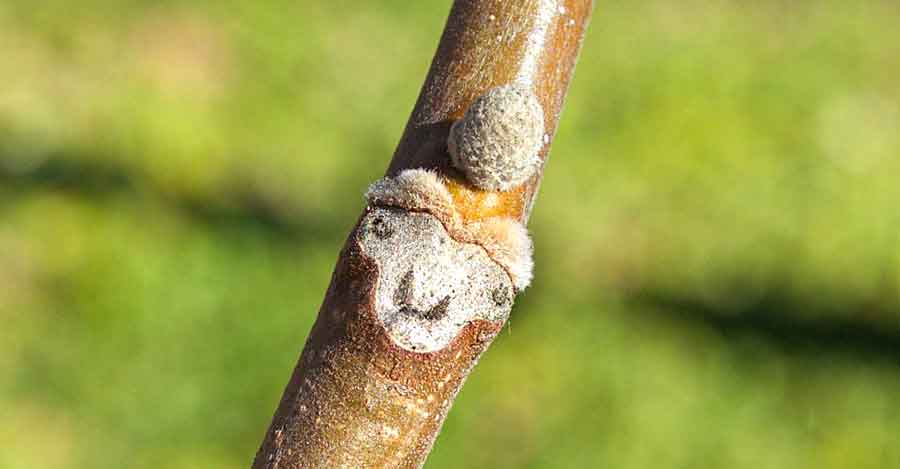 The number, arrangement, and shape of bundle scars is another essential characteristic of many winter twig keys. Some are flattened or crescent shaped, while others are round and in groups (Figs. 1 and 3). 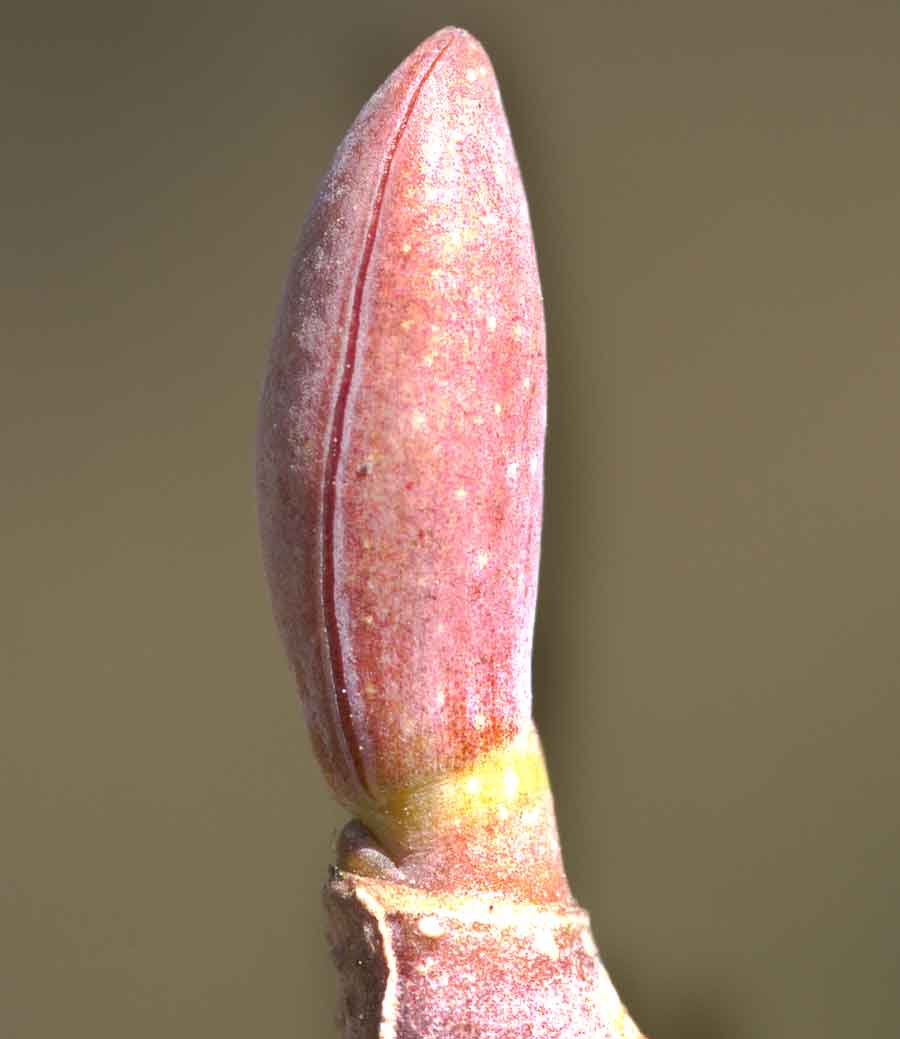 The interior tissue of twigs is referred to as pith. Using a sharp knife, a cross-sectional cut can reveal the pith to be terete (rounded) or angled (lobed). A lengthwise cut is needed to determine if the pith is homogenous (filled and undifferentiated), excavated (hollow), diaphragmed (homogenous with horizontal walls of tissue), or chambered (hollow with horizontal walls of tissue, Fig 5).

Winter twig keys might also use the presence or absence of characters such as minute hairs, a conspicuous scent when twigs are cut, and armament (thorns, spines, or prickles). Knowing the growth habit (tree or shrub) and the habitat may also be important. The bark is generally not used when identifying trees with a dichotomous key because the appearance of bark can be hard to describe and may change with tree age.

Biologists use keys to systematically identify organisms. Dichotomous keys compare two sets of contrasting morphological characters in a couplet. A lead is chosen based on what is apparent in the specimen, and that lead tells you which couplet to proceed to next. This process is repeated until the final lead indicates a species. Dr. Alexander Krings of the NC State University Herbarium has developed a free, online key to trees in winter (https://go.ncsu.edu/wintertwigid). Another great resource is Woody Plants of the Southeastern United States: A Winter Guide (Ron Lance, UGA Press).

A 7-10x hand lens is an essential tool for plant identification. These magnifying loupes have a very short focal length, so they must be held close to the eye and closely to the specimen to work properly (Fig 6).

Contact me to be notified of future winter tree identification workshops at the Chatham County Center.