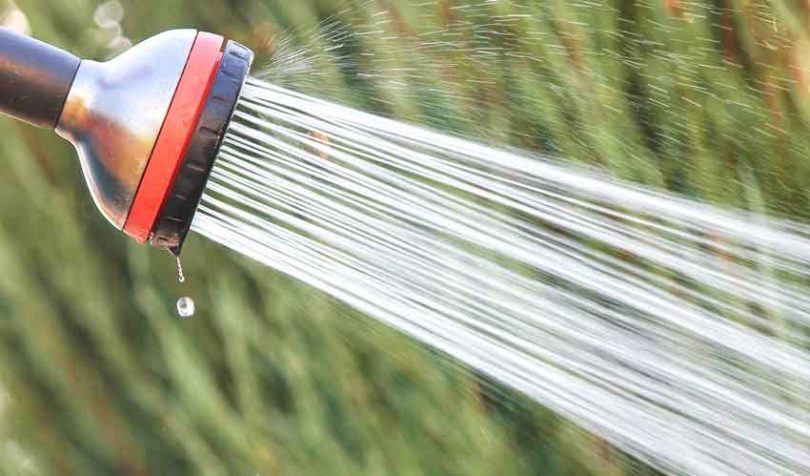 Gardeners obsess about water. In the summer, we look up at the skies, pleading for much-needed rain while we bemoan the winter rains – just when our plants least need it. Last summer my spot in Chapel Hill went nine weeks with no rain whereas other parts received periodic drenches, leaving me to wonder if I’d somehow offended the rain gods.

Feeling persecuted by the rain gods is one thing but the fact that the world is getting thirstier while the amount of water remains finite is another. Consequently, I turned to James Salzman’s book, “Drinking Water” to answer some of my questions.

It’s all very well to tell me that we’re drinking the same water that dinosaurs drank but that doesn’t help me to water my plants. We only have two alternatives to solve the water problem: (1) we can move water to water-scarce areas; or (2) generate new supplies of water through desalinization and sewage water treatment.

The Great Lakes provide 20 percent of the world’s accessible water but that water, for political reasons, may not be diverted outside of its water basin. Icebergs, filled with freshwater, are rapidly melting due to climate change. Lugging an iceberg from Greenland to the Canary Islands or Saudi Arabia is not economically feasible – besides, the iceberg would lose much of its bulk in the transportation process.

We can convert salt and brackish water to freshwater either by a system using reverse osmosis – several bottled water producers in the U.S. rely on this technology – or heating the saltwater until the rising water vapor meets a cold surface, thereby condensing the vapor into drops of freshwater (this is also known as distillation). Of the 12,000 desalination plants in the world, three-quarters of them are located in the Middle East. In this country, one-quarter of El Paso’s water comes from desalination plants.

However, desalination is not the answer. Due to energy and construction costs, the process is very expensive, so desalination efforts only account for one percent of the world’s water supply. It takes a lot of energy to force water through filters. Renewable energy powers a plant in Perth, Australia, while India, Japan, and Russia use nuclear power to produce some of their drinking water; our aircraft carriers can also use their nuclear reactors to obtain potable water from the sea.

There is a problem with this method besides the expense. What should we do with the waste? And the waste here isn’t necessarily nuclear waste – it’s the leftover brine that is produced in large quantities. For every 100 gallons of freshwater produced (an average short shower uses nine gallons), there are 50 to 85 gallons of leftover brine that must be discharged somewhere. This brine is heavier than seawater, saltier than seawater, and doesn’t mix well with water. Some plants discharge it through long pipes extending into the oceans, trying to diffuse it over large areas.

Because water is hard to transport at a reasonable price, desalinization is feasible only to areas near saltwater. Experts project that ultimately desalinated water will constitute only three percent of the water we require.

Communities are looking into recycling water through filtering methods and the use of ultraviolet radiation. By using these methods, we can turn polluted water into potable water although the “toilet-to-tap” approach holds minimal public appeal. Bear in mind that astronauts are able to turn their urine into drinking water by using these techniques. The town of Cary in North Carolina has been a leader in this approach. For more information on recycling water, go to http://townofcary.uberflip.com/i/1017035-wastewater-annual-report-2017-2018.

Eventually, maybe we will have a dual distribution system for water. After all, does it make sense to wash cars with potable water? One set of pipes could dispense potable water while another would distribute “gray” water. Golf courses, known water hogs, could easily get along by treating their greens with gray water. Rain barrels are another attempt to harness gray water.

Experts estimate that 13 percent of our water is lost through leaks due to faulty faucets and aging distribution systems. For home use, there are electronic devices that, when attached to pipes by a plumber, can monitor your system for leaks. Because my water bills were higher than average, I attached a “Flo by Moen” to my pipes, only to discover that my water pressure was way too high and my aging water filtering system was using way too much water in its three-times-a-week backwashings.

By remedying these two problems, I’ve been able to cut back considerably on my water usage. And now I have time to ruminate on the fact that the dinosaurs and I have drunk the same water.