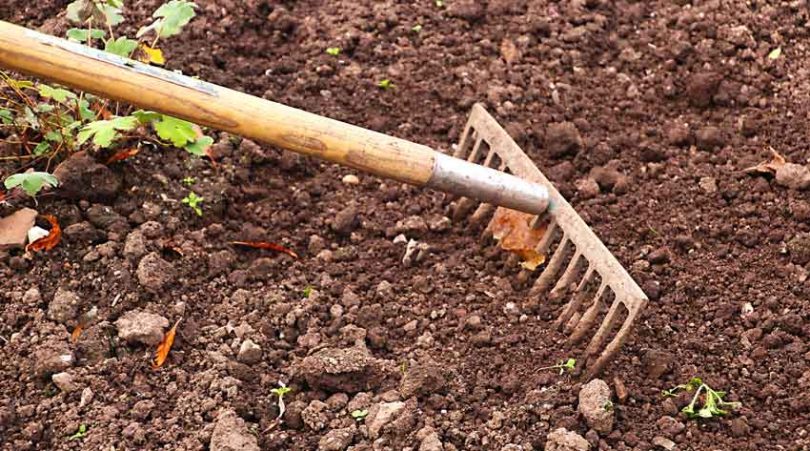 North Carolina clay soil is great for pottery and bricks, but many gardeners find it challenging for their plants.

Clay soils often come with drainage problems, lack of air and water movement, and compaction. The Piedmont are of North Carolina also has some areas with sandy soils, deposed by river sediments or ancient ocean deposits. Understanding a bit about our soils forms the basis of what needs to be done to improve them for better gardening results.

Piedmont soils were primarily created from the mountain and rock erosion resulting in predominantly clay soils. Such soils tend to be shallow and aren’t naturally rich in mineral deposits. In addition, our high heat and rainfall cause leaching of minerals and nutrients and speed breakdown of organic matter which means we need regular additions of both. Another characteristic of our soils is that they tend to have a low or acid pH, while most plants prefer a neutral pH. The exact composition of soils varies throughout the area, and even in different regions of your yard, so a soil test is always recommended to understand your own specific pH and fertility levels.

Clay has many attributes that can make it difficult to work with. It tends to compact, can hold too much water, and gets slippery when wet. But it has redeeming qualities too, one of which is that it does a good job of holding plant nutrients when they are present. Sandy soils, though, are not able to retain nutrients well and require “spoon-feeding” to maintain fertility.

Most likely, you have soil that is a mixture of the three basic types of particles: Sand, Silt, and Clay. Sand is the largest; it is gritty, loose, and drains quickly. Sand is roughly spherical with angular edges. Clay is the smallest; the particles are so small that you cannot see individual particles with your naked eye. Clay particles have a flat, plate-like shape and thus adhere together quite tightly which causes it to drain slowly, and gives it its slippery nature. Silt particles are in-between in size as they are weathered sand with a more or less spherical shape.

The relative amounts of the different particle types making up your soil are called its texture. The texture of soil affects its physical characteristics and behavior. A soil with mostly large particles (sand) has large pore spaces and will drain quickly, whereas a soil with mostly clay particles has very small pores and won’t drain well.

Descriptive names are used to classify soils of varying components into textural classes such as sandy loam or silty clay. The specific mix of particle types determines the textural class, for example, a soil that is 10 percent sand, 35 percent silt, and 55 percent clay is in the clay textural class and will have characteristics of clay soil. The “perfect” soil type, called loam, is a balanced mix of the various particle types. Unfortunately, it is not characteristic of our area, while soils with clay properties are widespread.

Clay soils can easily become compacted, especially if exposed to heavy equipment or lots of foot traffic. In compacted soils, the air and water are pushed out and it is compressed. Compacted soils have less infiltration, greater runoff, a higher risk of erosion, and more restricted root growth than soils without compaction.

Short of removing and replacing your soil, you can’t really do much about its texture. However, there is another characteristic – structure that holds much potential for improvement.

Structure refers to how individual soil particles are grouped into larger pieces called aggregates. Poor structure in compacted clay leads to slow water movement and low oxygen which can starve plant roots and microorganisms of oxygen leading to root disease and changes in soil chemistry. In sandy soils, organic matter can play a vital role in retaining moisture and nutrients.

Good soil structure includes air channels and pores, which allow rapid movement of both air and water through the soil. The missing critical component to help in the formation of a good structure is the presence of organic matter (OM). You can add OM to improve your clay and make for happier plants.

Cynthia Sollod has always loved plants, hence a B.S. in botany and a Ph.D. in Plant Pathology. She has volunteered with the Wake County Master Gardener program since 1995. She enjoys painting, illustrating plants, and writing about gardening.